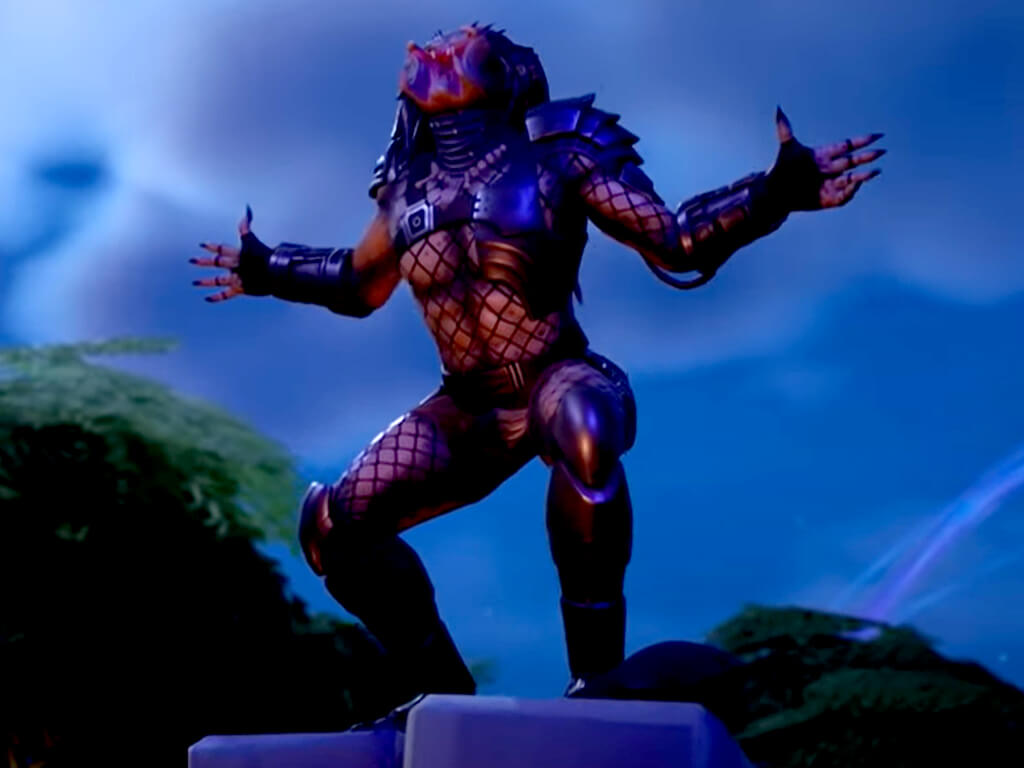 After being confirmed last week, The Predator from the famous Predator movie series is now live in the Fortnite video game on Xbox One, Xbox Series X, Windows, and all other supported platforms.

Fortunately for those on a budget, The Predator was added as a free bonus character for those who own the current season’s Battle Pass. To unlock him though, players will need to defeat the hunter himself in-game which is a bit of a challenge due to his fast speed and ability to cloak. A solid squad of four dedicated players should be able to take him down though as long as they have plenty of bandages to heal each other.

A new portal was also added to Fortnite with its latest update and it appears as if it’s hinting at the addition of a character from the Terminator series. It’s unclear if the character (or characters) will be actual Terminators or a human character such as Sarah Connor but their identity should be revealed soon, likely within a week or so.

While The Predator released as part of the Battle Pass, there doesn’t seem to be any other secret characters planned for it which means that the Terminator additions will either be added to the in-game store as individual purchases or as February’s Fortnite Crew character.