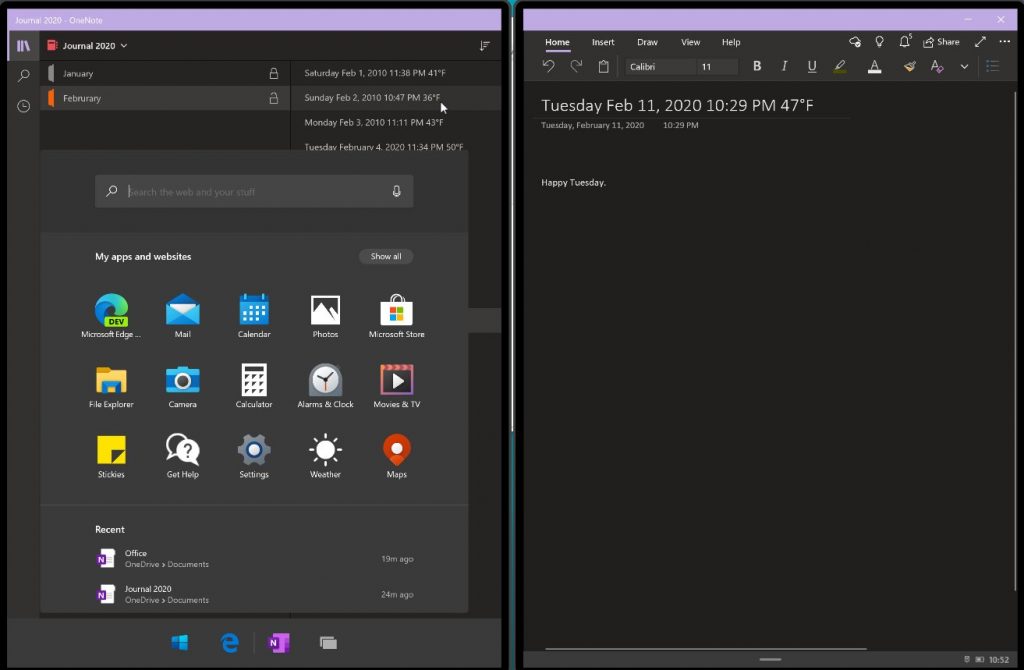 From the start, Microsoft has insisted that Windows 10X is for dual-screen devices only. Recently, though, with the release of the Windows 10X emulator, one person has managed to use the tool and get the upcoming operating system on an Apple MacBook (via Windows Central.)

The roughly 22-second long clip from Twitter user @imbushuo shows that Windows 10X runs fairly smoothly on the MacBook. We're able to see the user play an instance of YouTube, showing that the audio works just fine. The user also shows us the Windows 10X Start Menu in action, as well as the trackpad in action to split and span apps across the screen.

It's not clear how this person managed to get Windows 10X running on his MacBook, but it's likely to be a very technical and complicated process. It's not uncommon, though, as, in a separate tweet, another Twitter user showed off Windows 10X running in full-screen on the Lenovo ThinkPad T480s.