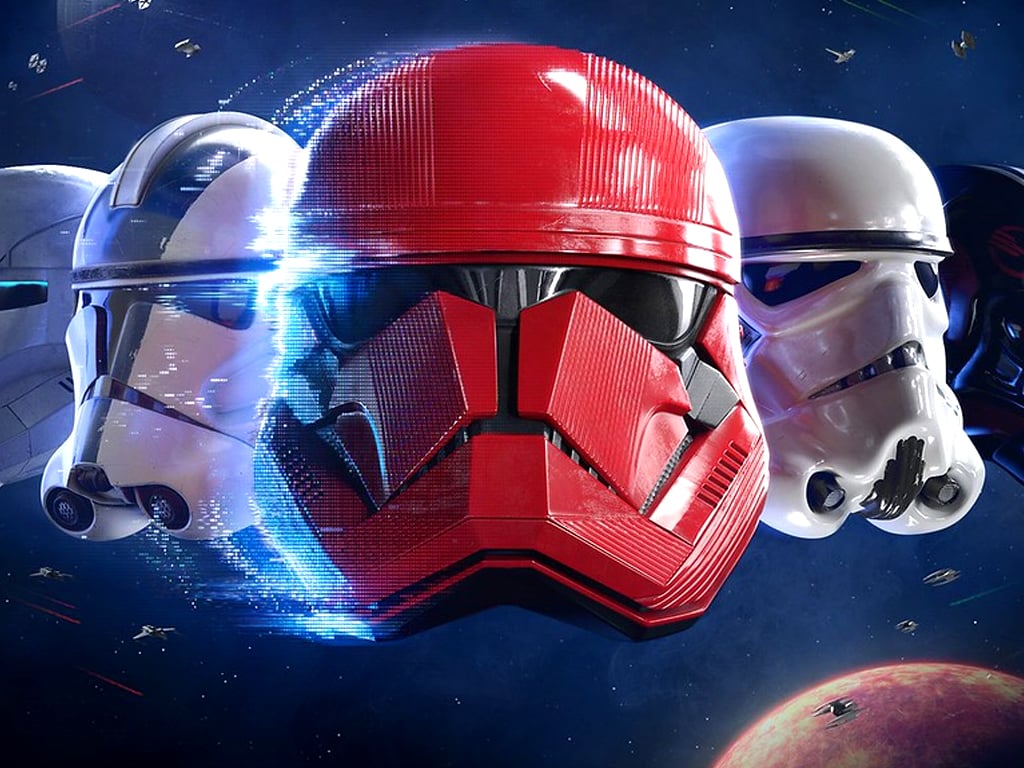 The existence of an upcoming special Celebration Edition version of the popular Star Wars Battlefront II video game has leaked online and is expected to release on December 5th, just a few days from now.

Star Wars Battlefront II: Celebration Edition will contain the base game and will unlock all of the character skins that have been added since the title’s launch back in late-2017. A special Celebration Edition upgrade add-on will also be available for current owners of the game to buy which will, well, upgrade their version of the game.

Be the hero in the ultimate STAR WARS™ battle fantasy with STAR WARS™ Battlefront™ II: Celebration Edition! Get STAR WARS Battlefront II and the complete collection of customization content acquirable through in-game purchase from launch up to – and including – items inspired by STAR WARS™: THE RISE OF SKYWALKER™* when they release December 20, 2019.

Put your mastery of the blaster, lightsaber, and the Force to the test in Capital Supremacy’s massive, multiplayer tug-of-war. Battle alone against AI foes in Instant Action. Play together with friends through exciting Co-Op missions. Partake in large conflicts on iconic planets and with characters across three STAR WARS eras. Additionally, starting December 20, 2019, experience intense battles on an exotic new battlefront with Reinforcements inspired by STAR WARS: THE RISE OF SKYWALKER.

Celebrate two years’ worth of free updates and content since launch alongside the game’s thriving community. Live out the STAR WARS battles of your dreams. Heroes are born on the battlefront. *Customization content released after December 20, 2019 is not included in the Celebration Edition. Conditions & restrictions apply. See ea.com/legal for details

To be clear, all skins/appearances in Star Wars Battlefront II are available to unlock within the regular version of the game using either Credits (which can be earned by just playing the game) or Crystals (which can be purchased with real-world money). The Star Wars Battlefront II: Celebration Edition and its upgrade add-on simply unlock all of this content immediately without the need to grind for Credits to buy them. It also seems like this version of the game will get a new splash screen (see above image).

It’s also important to emphasise the fact that the free unlocks only count for everything released up to the December 20th Rise of Skywalker update. Anything added afterwards will need to be unlocked via Credits or Crystals.

Besides the addition of a new planet, skins, and reinforcements coming with the Rise of Skywalker update, few details have been officially announced. The above description does seem to confirm that Finn, Rey, and Kylo Ren will be getting new skins, however, while the image pretty much guarantees players that the new Sith Troopers will be one of the new reinforcements added. This is also the first time a date for the Episode IX update has been confirmed; December 20th.

The inclusion of the original Death Star on the new image is interesting as that location isn’t available within the game. It’s unclear if this is a hint at future content or is simply shown as a homage to the Star Wars saga.

The existence of Star Wars Battlefront II: Celebration Edition shouldn’t come as a complete surprise to gamers as this sort of re-release is fairly common. It was also strongly believed to be coming after EA released a Year 2 Edition of Battlefield V last month.

Are you going to buy Star Wars Battlefront II: Celebration Edition or the add-on? Let us know why or why not in the comments below and then follow us on Pinterest, Twitter, and Facebook for more Xbox gaming news.

Microsoft To Do app updates on iOS and Android with new print, import, and notification functions