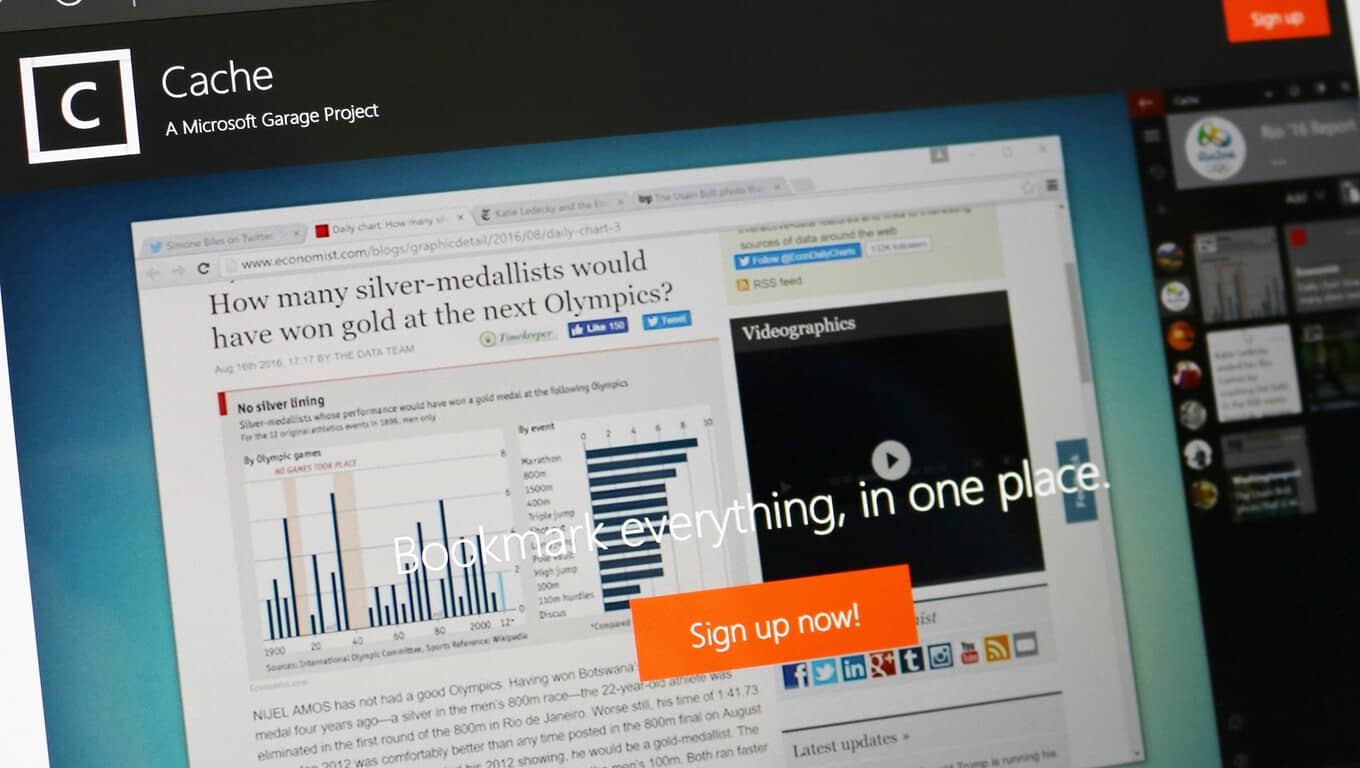 Formerly called OneClip, the app now named Cache has been leaked onto the web allowing anyone to install it. But what is it, and how does it work?

Cache is a tool that is designed to simplify your workflow by managing all your links, pictures, texts and other copy-paste items. It stores your objects in either a sidebar, like in the picture below, or in a regular window. 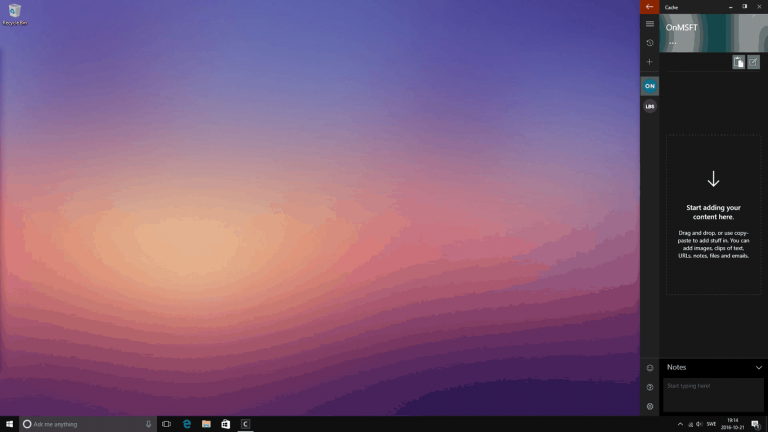 The tool is very polished for a beta program, and it works as expected. It features an MDL2 design like UWP apps but actually isn’t one. The app is a Win32 app designed to look like a Universal Windows Platform application but it isn’t a true Windows 10 experience. The real platform this application runs on can be seen by right-clicking everywhere in the app and looking the context menu design as well as simply looking at the title bar or settings page. Even some of the dialogues look like Windows 95. 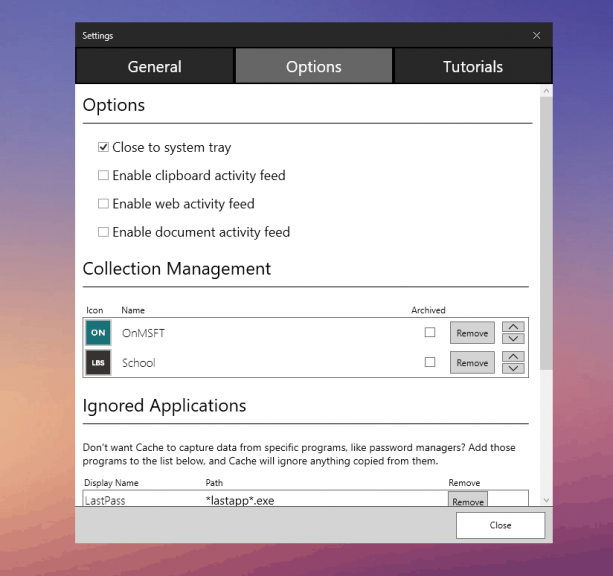 I’ve encountered some issues with it, however, but nothing major or nothing a restart of the app couldn’t fix. When clicking the three-dot menu then on “Edit image,” nothing happens. You have to right-click the icon in order to customize the collection. Also, some weird issues like not begin able to remove any content from the collection also popped up but were fixed with closing the app from the task manager and opening it again. It gave me different errors like “Sorry, something went wrong. We’ve notified the team.” 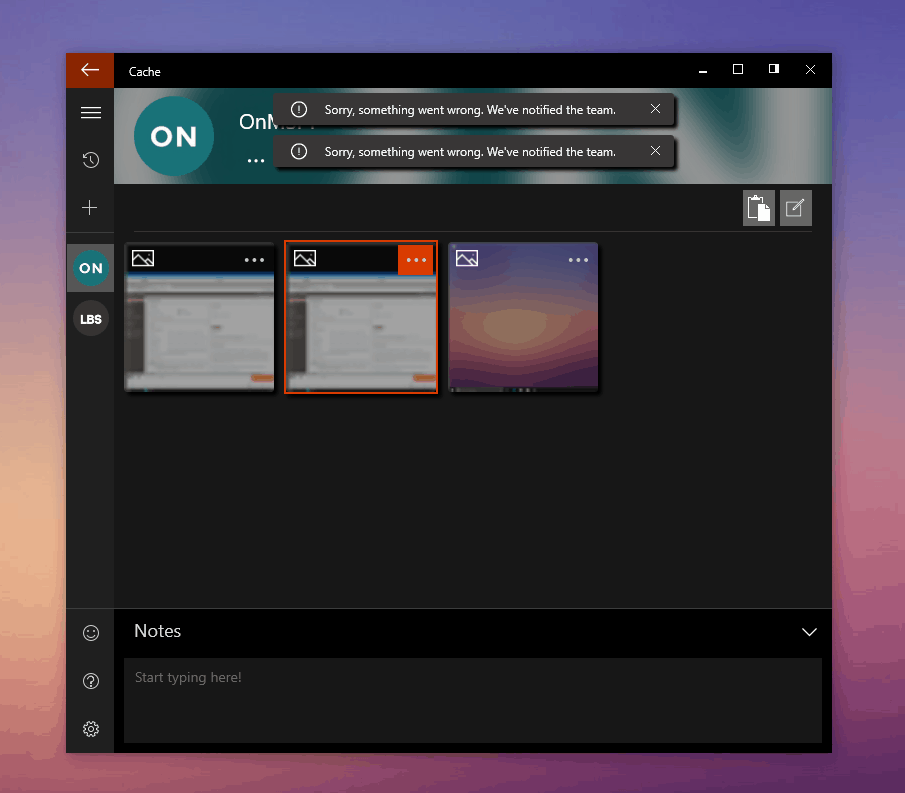 As you can see in the screenshot above, I have already started using the tool as my daily accessory for school and work. It works very well and improves my workflow by quite a lot. Instead of having 20 different tabs open in Edge and then switching between them and searching for the info I need each time, I can just move everything over there and easily drag and drop what I need into the articles. Pretty handy.

Now, do note that Cache is not officially released by Microsoft yet and the package I downloaded is from an untrusted source. I could have an infected computer now and you may see a bunch of fake posts promoting cheap ways to go down in weight on OnMSFT from now on. I don’t think that is going to happen, but make sure you know that OnMSFT takes zero responsibility for you downloading this app and using it, no matter if it just makes your PC crash or if your bank account data is stolen.

Having cleared that up, you can follow this link and read more about the leak and installation itself.

If you think it may not be a good idea to get it now and you prefer to wait until Microsoft implements it into the system or Office themselves, that is also fine. The rumours say that it will be released in the Redstone 2 update, and that means it should show up for Insiders soon.