Reports are rolling in about Skype updating its integrated messaging experience in Windows 10 Mobile to users not in the Windows 10 Insider Program. Backtracking a bit, the Skype+messaging app in Windows 10 Mobile was recently updated for Insiders, bringing with it the inclusion of Mojis in the emoticon roster and the ability to send and receive photos via Skype.

Now it seems that the same features are being doled out to non-Insiders on Windows 10 Mobile as well. Over the past few weeks, the Skype+messaging apps in Windows 10 and Windows 10 Mobile have been receiving several updates, many of which appear to be bug fixes or optimization to the apps. However, the app on both platforms is a rather rough experience to encounter and lacking cross-platform play like similar competitors such as iMessage or Messenger for Google.

As Microsoft’s Build developer conference looms on the horizon, perhaps the Skype team will finally be ready to unveil the integrated Windows 10 cross platform messaging app it promised during the January 2015 Windows 10 reveal. Grab the updated app from the link below. 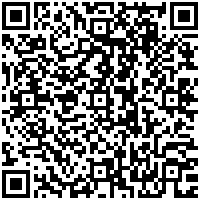 Microsoft CVP laments the loss of Dropbox's Mailbox, suggests Outlook as a replacement