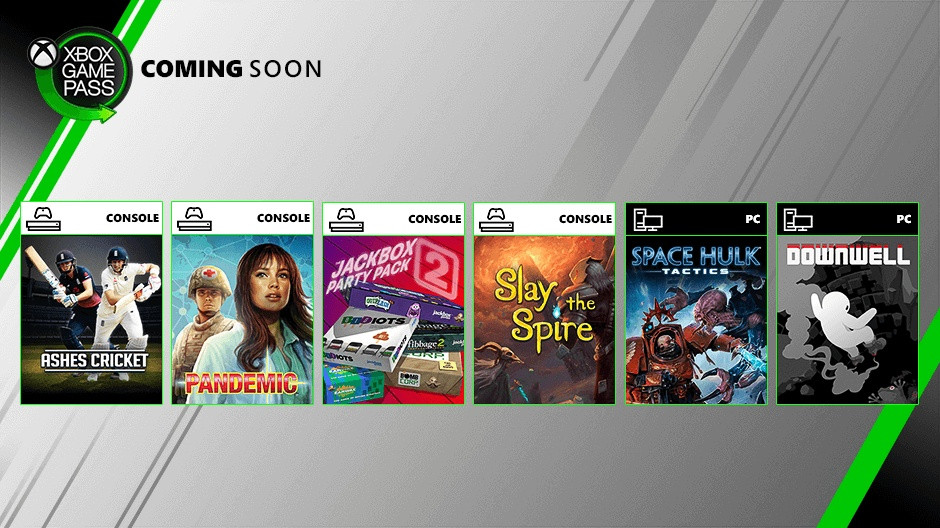 Microsoft has just announced the first new games coming to Xbox Game Pass on Xbox One and Windows 10 next month. There will be four new Xbox One games in August starting with Ashes Cricket and Pandemic coming tomorrow, August 1. It will be followed by Jackbox Party Pack 2 on August 8, and Slay the Spire on August 14.

We’ll likely get a second wave of new Xbox Game Pass games later in August, and the Xbox team will likely announce the new additions on August 19 during the special Inside Xbox episode live from gamescom. In the meantime, you can still get your first month of Xbox Game Pass for just $1 for a limited time, and don't forget to also check out the just-announced Games with Gold for August.