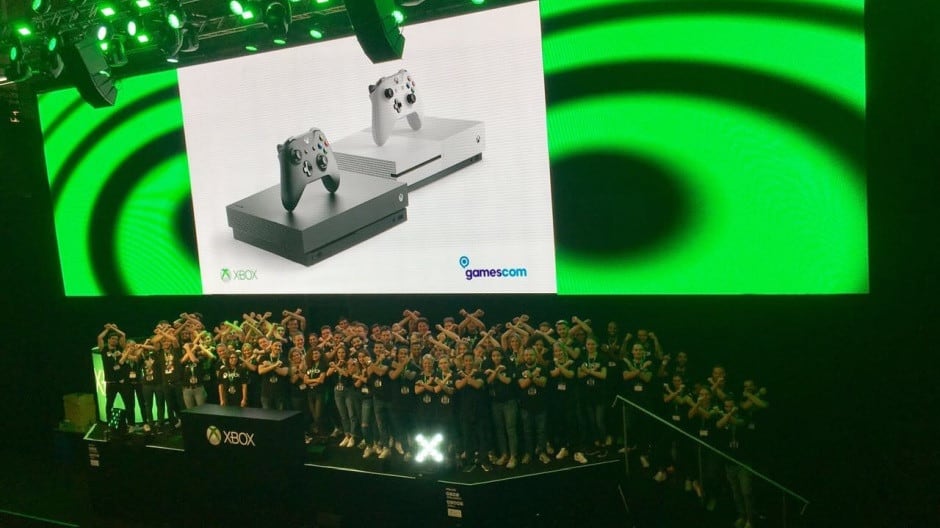 Following a very busy E3 in June, the Xbox team will come back to Cologne, Germany for gamescom 2019 next month. The annual trade fair for video games will open its door on Wednesday, August 21, but Microsoft will have a special Inside Xbox episode live from Cologne on Monday, August 19 at 5:00 p.m. CEST (8:00 a.m. PDT).

Starting Wednesday, August 21 to Friday, August 23, Microsoft open both its Xbox booth in Hall 8 of the Koelnmesse, but there will also be an “Xbox Open Doors” multiday experience at the Gloria Theatre in Cologne. “Entry to Xbox Open Doors is free and fans will be able to participate in community events, game tournaments, panel sessions and other exciting experiences,” the team said today, and more details about Xbox Open Doors will be shared very soon.

Back to the Xbox booth at gamescom, Microsoft plans to have close to 200 gaming stations this year where attendees will be able to play upcoming Xbox Game Studios titles such as Age of Empires II Definitive Edition, Battletoads, Bleeding Edge, Gears 5, Halo: The Master Chief Collection on PC, and Minecraft Dungeons. As for third-party titles, Borderlands 3, which will be released three days after Gears 5 will also be playable at the Xbox booth, along with Doom Eternal, NBA 2K20, and Tom Clancy’s Ghost Recon: Breakpoint.

If you'd like to attend the biggest gaming event in Europe next month, you can get your tickets on the official gamescom website. We'll be making the trip to Cologne this year, so you can expect lots of news about Project xCloud and upcoming Xbox Game Studios titles on OnMSFT next month.

Teams vs Slack: how do these collaboration services compare on price?