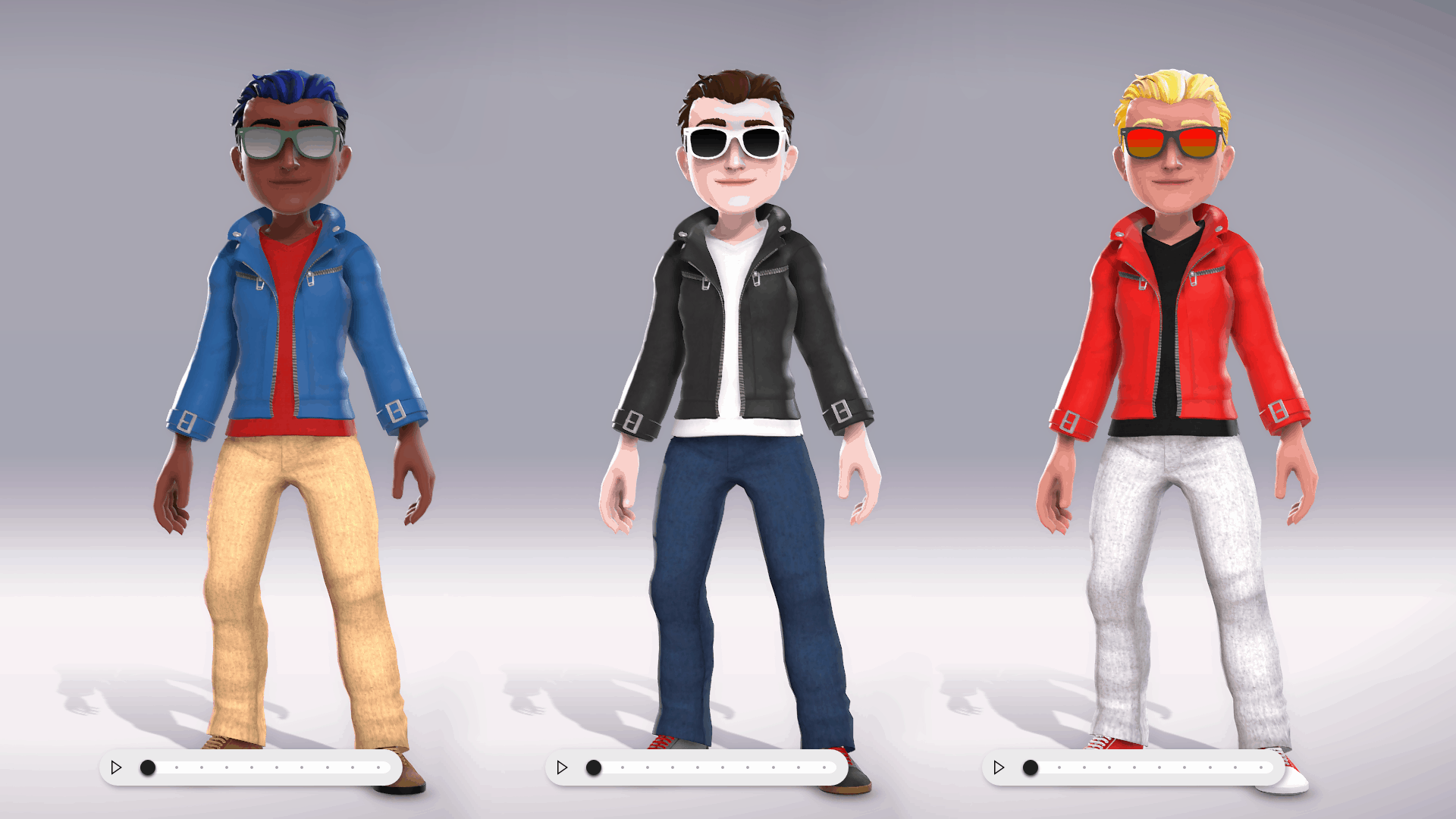 After a full year of delay, countless rumors, leaks, and some hush-hush from Microsoft execs, the new Xbox Avatars are finally ready for testing. Indeed, Xbox Insider Team Lead, Bradley Rossetti, unexpectedly revealed tonight that Alpha and Alpha – Skip Ahead Xbox Insiders will finally get the new Avatar Editor app tomorrow (June 19 in the US) by noon PDT.

As teased at E3 2017, Microsoft's new Xbox avatars will reflect new categories and come with custom color combinations. Xbox Insiders lucky enough to test can expect to see a new range of body types, gender neutral clothes, and new items and accessories on Xbox avatars. These also include the ability to change fingernails, makeup, limbs, nose rings, and moods.

Bradley Rossetti added that only the Avatar Editor will be available for testing, with Xbox dashboard integration coming soon. New content (accessories, props, moods, clothing, and appearance categories) will also regularly be unlocked and added after launch, as Rossetti explained:

First unveiled last year, a major update to Avatars is arriving today for Xbox Insiders. Avatars will be a unique representation of your desired style, personality, creativity, and mood as you play on Xbox One. As an Xbox Insider, you’re among the first to get your hands on the new Avatars. With this release, you can get a head start on creating a new Xbox Avatar within the beta Xbox Avatar Editor app.

Rosetti remarked that you'll be able to change the skin tone, wearables, and props on an Xbox avatar in up to 16 million color options. Closet items will also support custom colors, and he claims that the color combos for any single item can go up to "from trillions all the way up to almost eighty octillion."

In addition to the new categories and the custom color combinations, there will also be a new Photobooth feature in the Avatar Editor. From here, there will be new options for posting an Avatar in new emotes and advancing poses frame-by-frame or changing backgrounds. You also can expect the new Xbox avatars to reflect gamers with disabilities, including wheelchairs and prosthetics.

As is usual, the new Xbox Avatar Editor will likely roll out to the other rings in the Xbox Insider program in a few weeks, followed by a wider rollout to the general public. No word yet on if these avatars will also come to Windows 10, but things look pretty promising, so feel free to let us know your thoughts in the comments below.

Fallout 76 B.E.T.A. to be an Xbox One timed exclusive, available for pre-order now

Microsoft "dismayed," says it is not working with US immigration to separate children from their families at the border