Reminder: You can now sign up to preview the new consumer features for Microsoft Teams 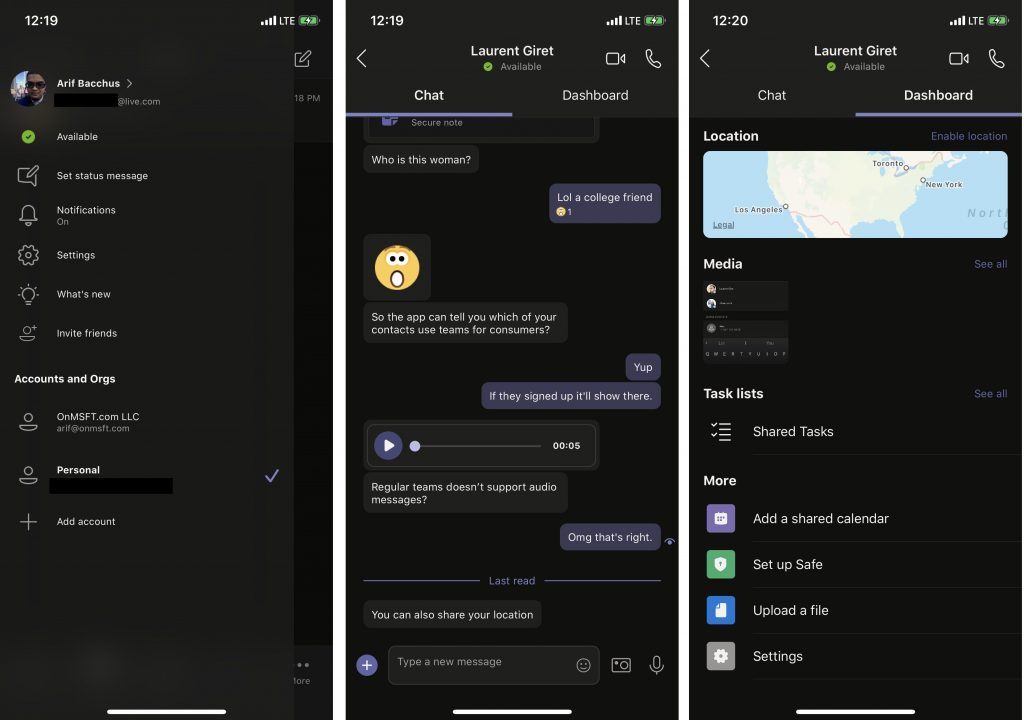 Microsoft initially started rolling out the first preview of the new consumer experiences for Microsoft Teams towards the ending of June, but there are still open slots available for those who are eager to test it. The company is currently promoting this on Twitter, saying that “starting today you can preview new features for your personal life in the Microsoft Teams mobile app for iOS or Android.”

Although Microsoft’s tweet mentions both iOS and Android, we are currently only able to see these new Teams consumer features on iOS only. As we last covered, the Teams app for iOS was updated on June 25 to receive support for personal accounts. The Android app, meanwhile, hasn’t yet gotten support and was last updated on June 11, per the Google Play Store.

Anyway, using the Teams consumer features on an iPhone is quite simple. Once you’re up and running with the latest version of Teams, (and signed up via this webpage) you can add your personal Microsoft account by tapping the hamburger menu and clicking add account under accounts and orgs.

After signing in, you’ll be asked to verify your phone number and the email address you use with Teams, with a special code. You’ll also be asked if you want to sync your contacts. This is something that you should consider doing as if others in your phonebook decide to try the Teams consumer beta, you’ll be able to find them more easily via the chat function. You’ll also be able to be reached on teams from consumers via phone number, or email, whichever you choose.

I spent a good hour with the Teams consumer experience so far, and it’s pretty basic at the moment. I was able to chat and send voice messages with my colleague in France, who also set up Teams consumers in his version of the app. I also played with the shared list feature.

However, since I use Teams at OnMSFT, I still got notifications from my work account, and clicking that notification would automatically switch me over to work, and vice-versa. It’s quite messy at the moment, but there is room for improvement. Try the experience out now if you can, and let us know your thoughts in the comments below.