Microsoft announced back at E3 that is was working on a new Flight Simulator game for Windows 10 and Xbox One, and the company has now opened registrations for the upcoming Tech Alpha release. To participate, you’ll have to sign up for the game’s Insider program on this page.

The company has already published a detailed development roadmap that you can see below, and more information about the Tech Alpha build goals and release timeline will be published next week on September 19. 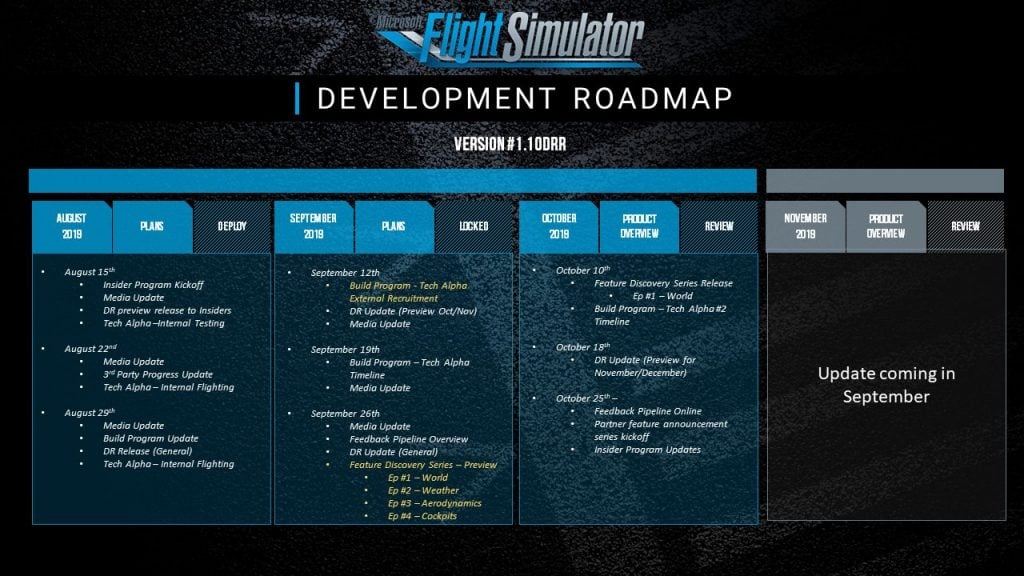 This new Flight Simulator game still has no release date, and the Xbox One release will come after the Windows 10 one. Flight Simulator has always been a PC franchise, and from what we saw in the first E3 trailer, the game looks incredibly realistic and porting it to the ageing Xbox One console could be quite a challenge.

Even though the franchise has been a bit neglected, Flight Simulator remains a valuable IP for Microsoft with a dedicated fanbase, and we're looking forward to get more details about the Technical Alpha. The game still has no official Twitter account, so kudos to Xbox expert Klobrille for spotting the news today.

Microsoft news recap: Outlook to sync email signature across devices, Microsoft Authenticator can now backup to the cloud on Android, and more