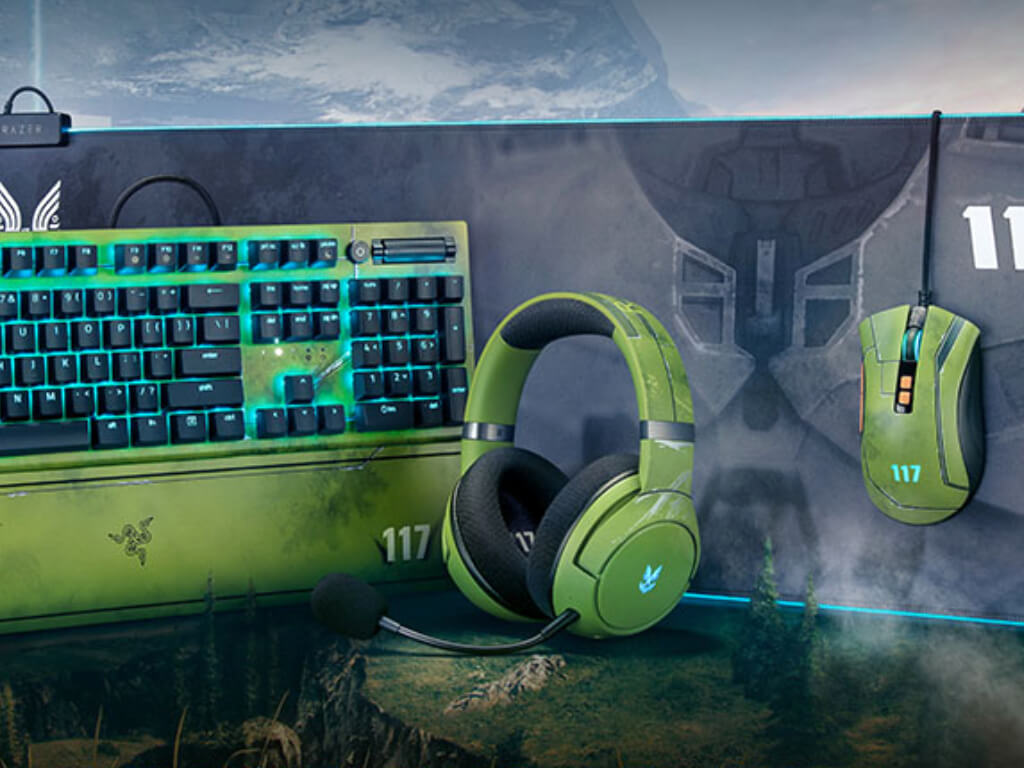 Each product’s design is inspired by Master Chief’s iconic Mjolnir Powered Assault Armor and comes with a unique code for an in-game item that can be unlocked when the Halo Infinite video game launches on December 8th later this year.

Here’s the rundown of each product and the in-game item that accompanies it.

No release date has been set yet for any of the above products though interested gamers can sign up to be notified on the official Razer product page here.

Razer has released a large number of cool gaming products over the past few years but the item that’s getting the most buzz is the Razer Zephyr (previously Project Hazel) mask which is due out before the end of the year and is already in testing with a growing number of influencers and streamers.

Are you a fan of Razer products? Let us know what your favorite item is in the comments below and then follow us on Twitter and Pinterest for more gaming news.