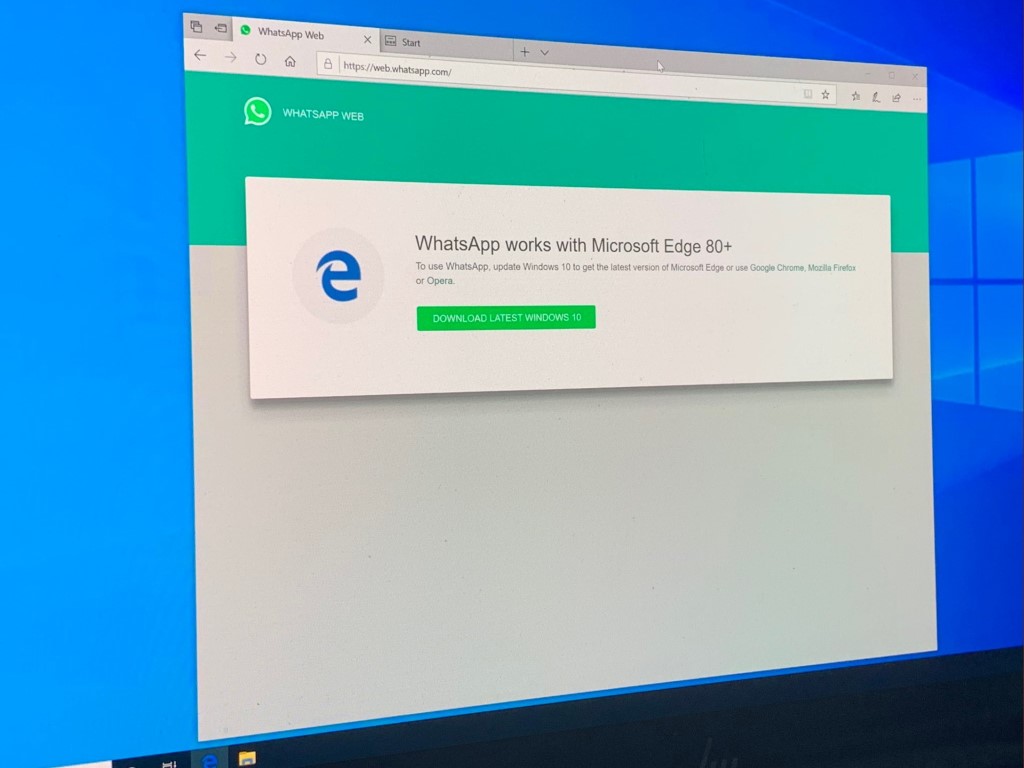 Now, when visiting WhatsApp on the web on Legacy Edge, you’ll get an error message notifying you that WhatsApp works with Microsoft Edge 80+. The message also notifies about updating Windows 10 to get the latest version Edge and also suggests using Chrome, Firefox, or Opera, too.

Interestingly enough, though WhatsApp and many other developers have appeared to given up to the legacy version of Edge, Microsoft is still holding onto it. On the new Xbox Series X and Xbox Series S consoles, the old version of Edge still comes bundled in. Also, when opening up Windows Sandbox in the latest version of Windows, you can find that legacy Edge is still pre-installed in the sandboxed Windows 10 session.

If you want to use legacy Edge for some odd reason, just use Windows Sandbox. It still has the old version of Edge installed. pic.twitter.com/oUQXC2Fkyv

Of course, the Edge browser is part of the Xbox operating system. It will be interesting to see if Microsoft can also port the new browser over to the Xbox OS, too. Microsoft already has done this with HoloLens, and Windows 10X, as we reported when we discovered the installers earlier this week.