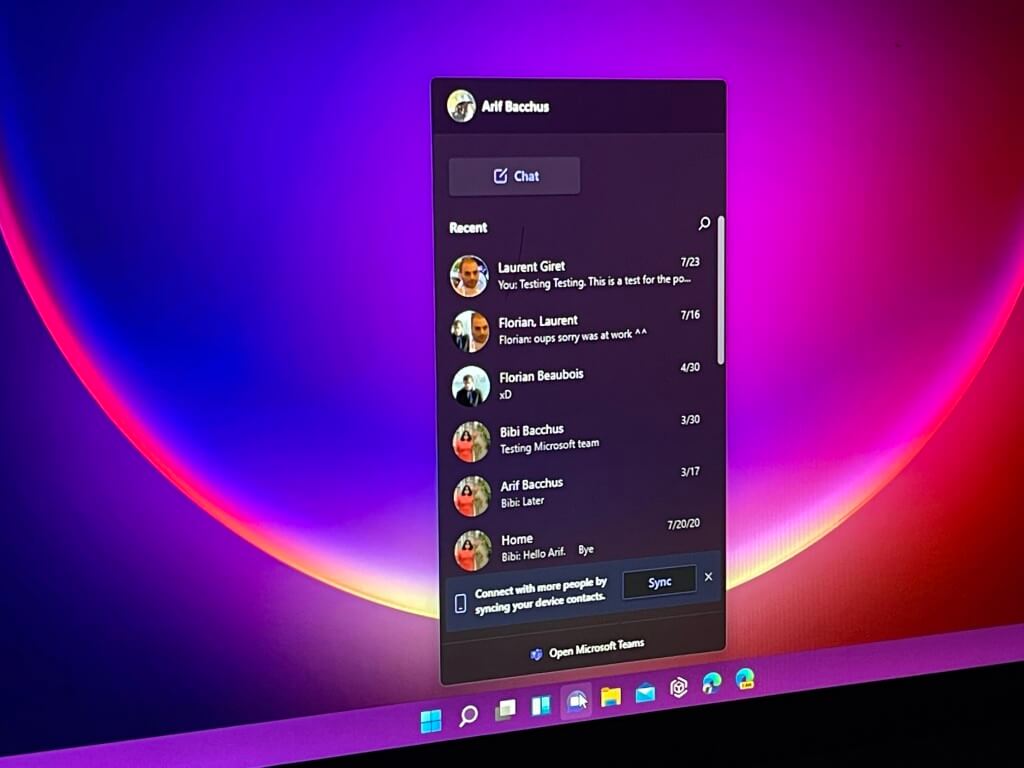 Two months ago, Microsoft announced new chat features for Teams to help support asynchronous collaboration in between meetings. The company also unveiled a new quoted replies feature that will let users reply to a specific message on the Microsoft Teams desktop client, but this update is nowhere to be seen yet.

Microsoft MVP João Ferreira has recently spotted this feature in the new “Teams 2.0” app on Windows 11, and we have since been able to use this capability in Teams consumer experience on multiple Windows PCs. In our testing, it is also available in the leaked Microsoft Teams Preview app for Windows 10 users. You can find out more information about this new Teams 2.0 app in our Hands-on guide.

I can not believe it 😲 after years waiting for a quote reply in #MicrosoftTeams its finally available on #Windows11 See it with your own eyes 👀 pic.twitter.com/xcyHCmOVHW

The quoted replies feature is one of the highly anticipated capabilities, and it has been available in the Teams mobile app for a while now. With this feature, the reply box includes a quote from the original message, making it easier for users to understand the context of the message within the ongoing conversation.

To use this feature, you will need to navigate to the specific message you want to reply to, hover over it, and then click the three dots icon. Finally, select the “Reply” option from the list, type the message and send it.

As of this writing, the quoted replies feature is only available for the Microsoft Teams 2.0 app on the latest Windows 11 Insider builds, and it supports personal Microsoft accounts. However, the Microsoft 365 Roadmap suggests that the existing versions of Teams (with support for work accounts) should receive this feature later this month.