Microsoft recently announced at its Windows 11 event on June 24 that it was working on a revamped Teams app that will bring big performance improvements by ditching the Electron framework in favor of Edge Webview 2. The company said at the time that its new "Teams 2.0” architecture would power the consumer experience in Microsoft Teams as well as the new build-in Teams consumer experience on Windows 11, with support for work accounts coming later.

Well, we managed to get our hands on this new Teams 2.0 app today, which is currently in preview but already looks very promising. The well-known leaker WalkingCat shared a link for the installer back in May, but to our knowledge, the app didn’t allow anyone to log in with their personal Microsoft account until very recently. Windows Insider MVP Florian B tipped us about the app earlier today and we’ve since been able to get it running on multiple Windows PCs without any trouble. 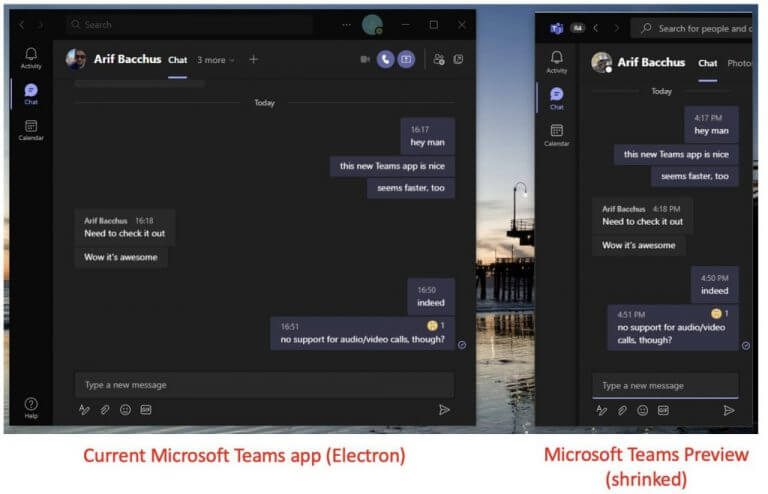 The new Teams Preview app also has a simplified section with different sections for Auto-start settings, Notifications, Appearance and accessibility, and Privacy. In the latter section, you can allow other people to find you on Teams using your email address or phone number, and you can also sync your personal contacts on your mobile device, Outlook.com account, or Skype. 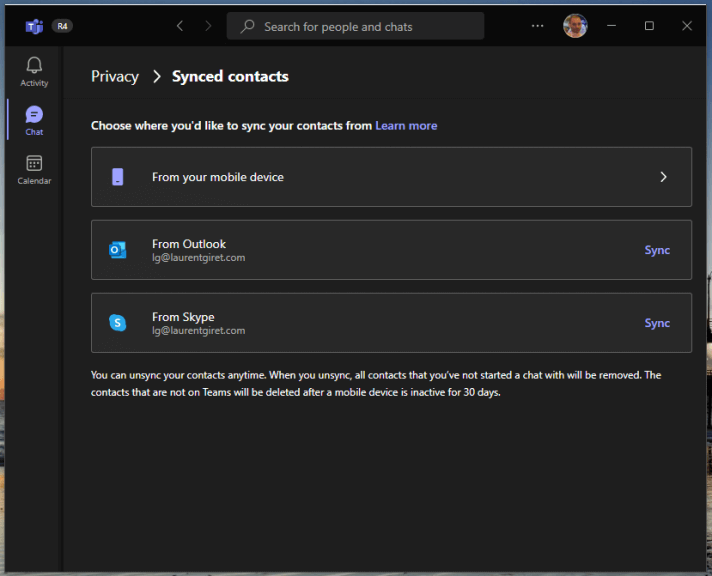 Choosing to sync your contacts will make them all appear in the chat tab, but you can remove them from the app at any time. Microsoft is willing to transform Teams into the next big chat app for consumers, and that’s why Windows 11 will also ship with a built-in Teams app that we have yet to try. The company tried to do the same thing with Skype before and it didn’t really work, but maybe the fact that Microsoft Teams has over 145 million active users in the enterprise world will change that.

It’s worth noting that for now, this new Teams Preview app doesn’t support audio and video calls. The buttons are missing in the chat window, and the call buttons that appear when you hover your mouse over the profile picture of one of your contacts don't do anything right now. Keep in mind that the app is currently in preview and that Microsoft has yet to officially announce its availability.

Overall, this new client looks very promising, and the performance improvements brought by Edge Webview 2 are very welcome. We can't wait for this new Teams 2.0 architecture to add support for work accounts, as this is pretty much where the core user base of Microsoft Teams remains. Anyway, it's good to know that Microsoft is rebuilding its desktop Teams app from the ground up, and this new preview app is definitely a nice taste of things to come.

Microsoft may be resurrecting Clippy as its new Office paperclip emoji