In a recent interview with Gamertag Radio, Xbox’s Aaron Greenberg reiterated Microsoft’s ambitions for the launch of their currently codenamed super powered Xbox One, Project Scorpio, and emphasised the importance of shifting console gaming into the 4K and virtual reality era.

“Well, the idea for us was, how do we bring true 4K gaming to the console market? And in order to do that, today on the PC side, if you invest in a super high end rig, or a really high end PC, you can get 4K gaming now, right? But it’s thousands of dollars, often,” he said of the financial reality of playing 4K gaming right now. “You can even get a high fidelity VR experience. But you can’t get that in the console market. And in order to do that, we know that requires 6 TFLOPs of power, so for us, that’s what we’re coming into with Project Scorpio. We’re going to build a box, we’re going to build a beast of a box, that will be 6TFLOPs of power, that will be able to deliver true 4K games, and be able to do high fidelity VR, in the living room, on a console.”

The creation of a more powerful Xbox One console is consider by many to be a necessity. While the soon-to-be-released Xbox One S console will have 4K video playback, it’s unlikely to be capable of processing 4K resolution video games (i.e. it can just play 4K movies and TV shows) and the current Xbox One console can’t even play 4K video at all. A new console had to be created, especially if Microsoft wanted to truly invest in the virtual reality space beyond high-end PCs.

The creation, of what essentially will be, multiple Xbox One console models will fracture the home audience but Greenberg sees it more as providing the users with more options. “And, think about that, with Xbox Anywhere, we’ll be able to have that ecosystem across both your console, and your PC,” he claims. “So I’m excited about that vision, and I think it’s great that we’re able to tell fans that ‘hey, if you’re looking to upgrade the Xbox One, and you want 4K video and HDR, and a smaller size, we’ve got a great box for you this holiday. But if you want the beast, you want the 6 TFLOP monster coming net holiday, we have that too. And it feels so great to be able to share that, not just with our fans, but also with our development partners, who’ll be thinking about ‘how do I make those great experiences come to life on the console next holiday?’” 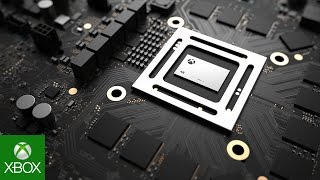 In a recent interview with Gamertag Radio, Xbox’s Aaron Greenberg reiterated Microsoft’s ambitions for the launch of their currently codenamed super powered Xbox One, Project Scorpio, and emphasised the importance of shifting console gaming into the 4K and virtual reality era. “Well, the idea for us

Project Scorpio was first announced during the closing moments of Microsoft’s E3 2016 conference. Despite being significantly more powerful than the existing Xbox One console, Project Scorpio is being touted as being within the same console generation as the Xbox One and even moving console gaming “beyond generations”. You can read more about Project Scorpio (which is expected to get a name change before it launches in late 2017) in our full report here.

Do you think Microsoft made the right decision to announce Project Scorpio when it did? Discuss with the community in the comments below.