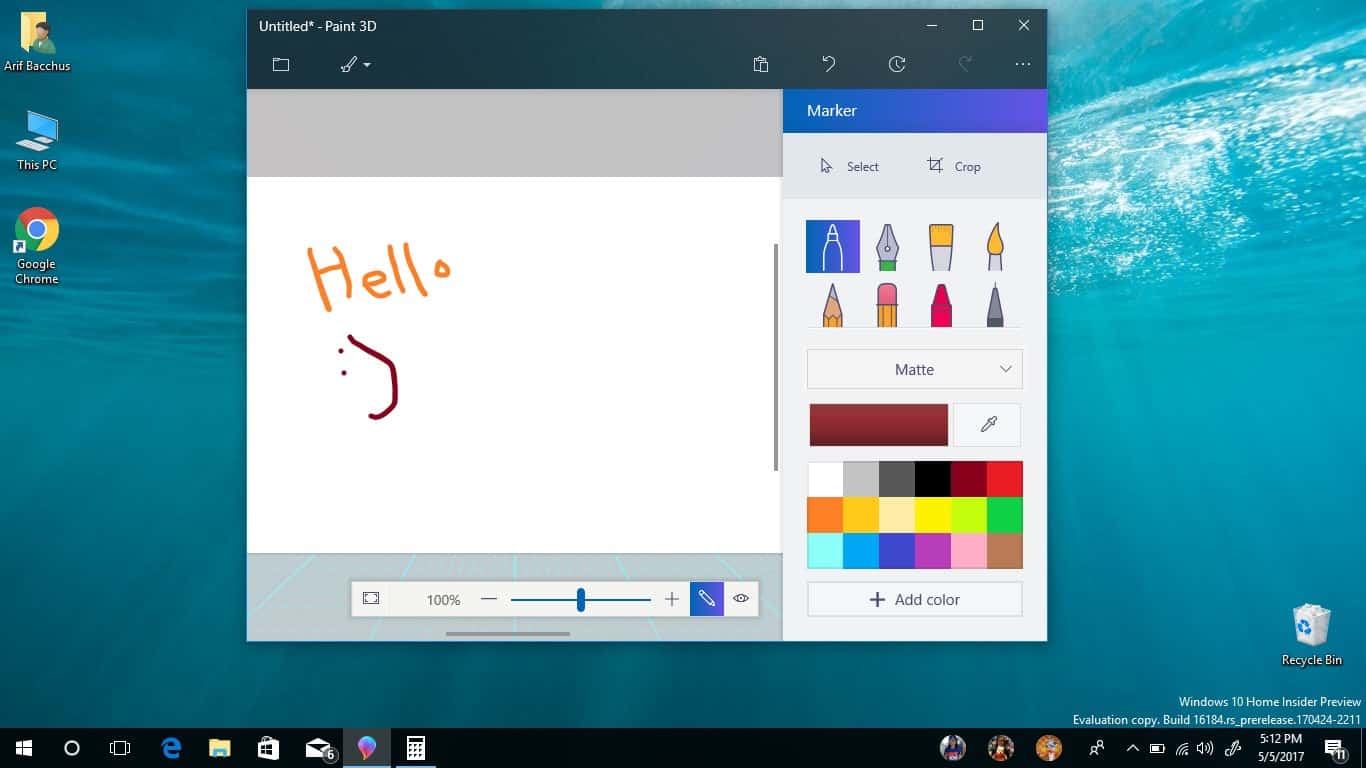 With Build 2017 just around the corner, times are clearly busy at Microsoft. Indeed, the company has just pushed out several new stock Windows 10 app updates for fast ring Windows Insiders. These updates to Windows Calculator, Windows Camera, Voice Recorder, and Paint 3D all introduce the Project NEON design language to the Windows 10 experience.

The latest round of updates introduces translucent and blur looks to all of the apps.  Specifically, with the Paint 3D app, there is now a transparent effect on both the app title bar and in the app menu, allowing you to see through behind the app. The menu in Paint 3D itself also sees an update, making it much more simple to navigate and save projects.

Similarly, with the camera, there is now a see-through effect on the title bar and the blank space above where the live image is seen. And, with the voice recorder, the area with the list of recordings and the title bar is now is transparent, rather than the flat black color that currently is seen in the standard non-insider version of Windows 10.

Lastly, with the calculator, some of the non-number buttons are now transparent, as well as the app title bar.

Specific app version numbers can be seen below.

These updates all come as Microsoft recently updated both the Photos and People app with a similar transparent look. This is all a part of Project NEON, which is the upcoming overhauled design language for Redstone 3 in Windows 10.  Have you updated your apps yet? Let us know your thoughts below.

A new Xbox One system update is out, fixes performance issues