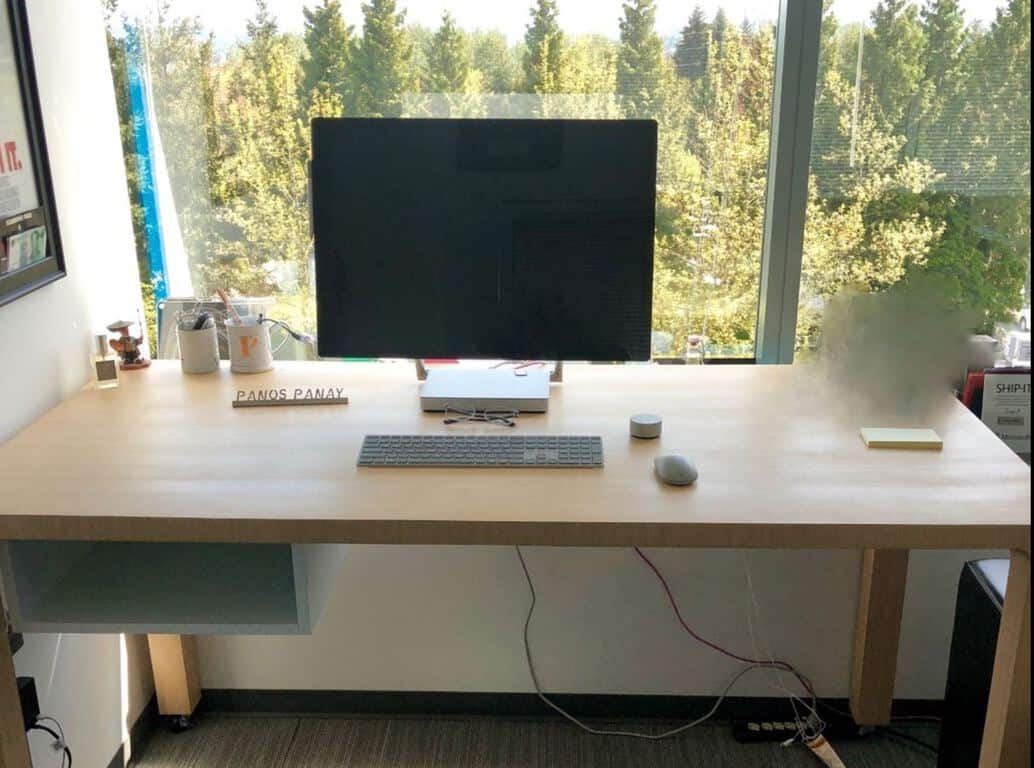 We've been covering the influx of "folding device" type Microsoft patents recently, and have been assuming they could be for the company's mythical Surface Phone. In yet another case of the guessing game, Surface head Panos Panay just tweeted out an image of a clean desk, with a mysterious object blurred out to the side--- so is he hiding something, a Surface Phone, maybe?

Of course, we're just treating this as a fun moment, and can't say this is as an official tease of a Surface Phone. The "#ProductDay" tag, nonetheless, is very interesting and could hint that some new product is already passing around at Microsoft. Or, it all could just be Panos playing around with our feelings, since he has said previously that he loves Surface fans.

Anyway, Microsoft watcher Daniel Rubino took it upon himself to enhance the original photo, and do some more digging. He turned his attention to the glare in the photo, and it looks like the person taking the photo could also be using Surface Phone.

Panos isn't a Microsoft exec that posts to his Twitter or Instagram account often, but he is often known to emerge and post teasers right ahead of big product release (as he did with the reveal of the keyboards for the Surface Pro in Shanghai) Do you think Panos is teasing something? There could be something brewing here, so best to keep tuned for more in the weeks ahead. Let us know what you think this photo is in the comments below.