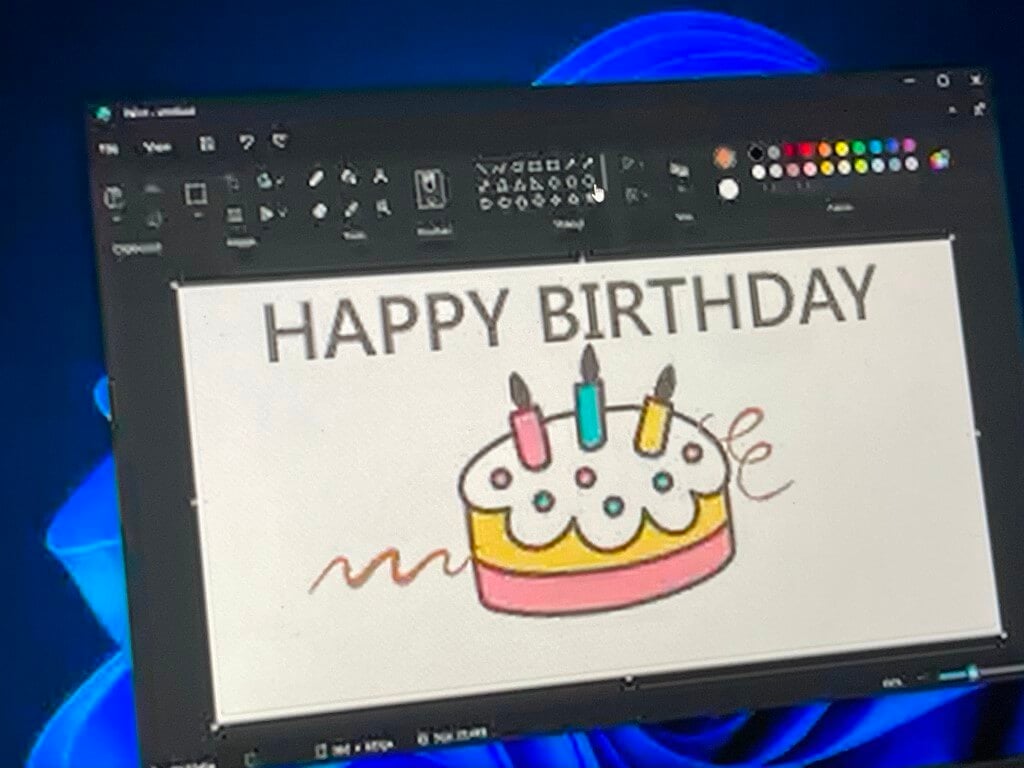 Panos Panay isn't done teasing the fresh Windows 11 content just yet. The Microsoft executive just sent out another cool Tweet, this time showcasing what is he calling a "beautifully redesigned" Paint app.

Overall, the short 18-second teaser is pretty much like his previous two for the Snipping Tool and the new Focus Sessions experience. It doesn't get into too many actual details on what Windows Insiders can expect, but it does offer a look at the visual shakeup of the app itself. See it for yourself and have a preview of how Paint now blends in with the rest of Windows 11 in Panos' Tweet below.

We can spot a couple of big changes in this app from the one in Windows 10. There are now rounded corners throughout the app, and it also respects the Windows 11 dark mode settings. Even commonly used items in the ribbon are rounded, from color pickers, buttons for brushes, and shapes or tools. Then, up top, Microsoft has moved the title bar into its own space, so that the undo, save, view, and file buttons are now separate. Smaller changes include more clearly marked brush stroke previews and text icons.

It's great to see that Microsoft is now working to clean up some of the core Windows apps so that it fits better with their new take on Fluent Design. This adds a lot more consistency to the operating system and helps it feel a lot more modern. We hope that there are even more redesigned Windows apps ahead.

For now, though, sound off and let us know what you think in the comments. We're still not sure when Windows Insiders will get this new paint app, but given that the new Snipping Tool experience showed up two weeks after Panos' tease, we hope that it's sooner rather than later.