In the roughly 17-second long teaser video, you can see some small design changes for the new tool. There’s not much to it at a quick glance, but we do notice that it now better lines up with the design in Windows 11 in a couple of different areas.

For example, the  “New Snip” button is no longer a scissor and is rather a plus sign. The same goes for the “Mode” button, which now has drop-down toggles. Even the delay and settings icon has been updated so it lines up with Microsoft’s new iconography being used across Windows and Office.

Elsewhere, the Snipping Tool also seems to combine some of the features from Snip & Sketch. In this new app, you can see controls at the top of the window for free-form selection, and window selection. Then, when a snip is finished, it opens up in the traditional Snip & Sketch Window, with controls for inking, erasing, sharing, and more. 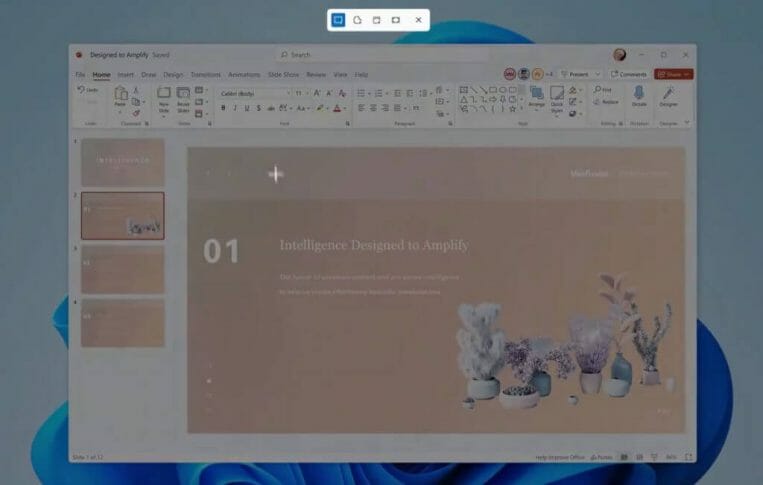 Overall, this is quite a small change, but it does seem like Microsoft just merged Snipping Tool and Snip & Sketch together as one. It has been warning Windows users about this for some time, but there could be some bigger changes. In the reply to Panay’s Tweet, you can see that some Windows users want features like drawing boxes, adding text. Some people even want a screen recorder tool, as well (though you can do this in PowerPoint or with the Xbox Game Bar.)

It’s not yet known when Windows Insiders will be able to test out this new Snipping Tool in Windows 11. Presumably, it could come in this week’s Windows 11 build. But, we’ll have to wait and see. Until then, let us know what you think of this new tool by dropping us a comment below.