The Forza racing game franchise has always been a popular one but now we know exactly how popular. In a recent interview with IGN, Forza developer Turn 10's creative director, Dan Greenawalt, revealed that, "It's probably worth noting that just this last month, in March, we had four million active players in the Forza community. That makes it one of the largest racing communities in the world. And it's a very diverse group, as you would know."

It's important to note that this is an average user number measured in a month that didn't have a launch of a major Forza title. Part of the reason for this popularity is due to the brand's recent expansion onto Windows 10 PCs in addition to their titles on Xbox One.

"There are players that play in Horizon, they play in Motorsport, and now we're on PC & Windows 10 with Forza Horizon 3 as well as with Apex," he says. "So we've got a platform that is really difficult to replicate. We can talk to four million people in a way that you just can't do with anything else. They can actually play the cars; they can listen to the drivers. They can get a real experience in there."

Are you a Forza fan? Let us know which entries in the franchise you're playing in the comments below. 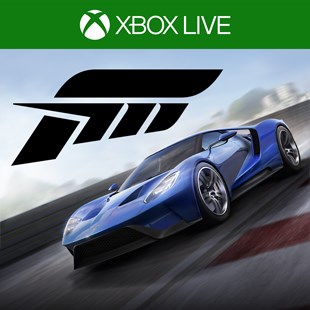 Line app updates on Windows phone and Windows 10 with refinements