Outlook for Windows will get cloud syncing capabilities in September - OnMSFT.com Skip to content
We're hedging our bets! You can now follow OnMSFT.com on Mastadon or Tumblr! 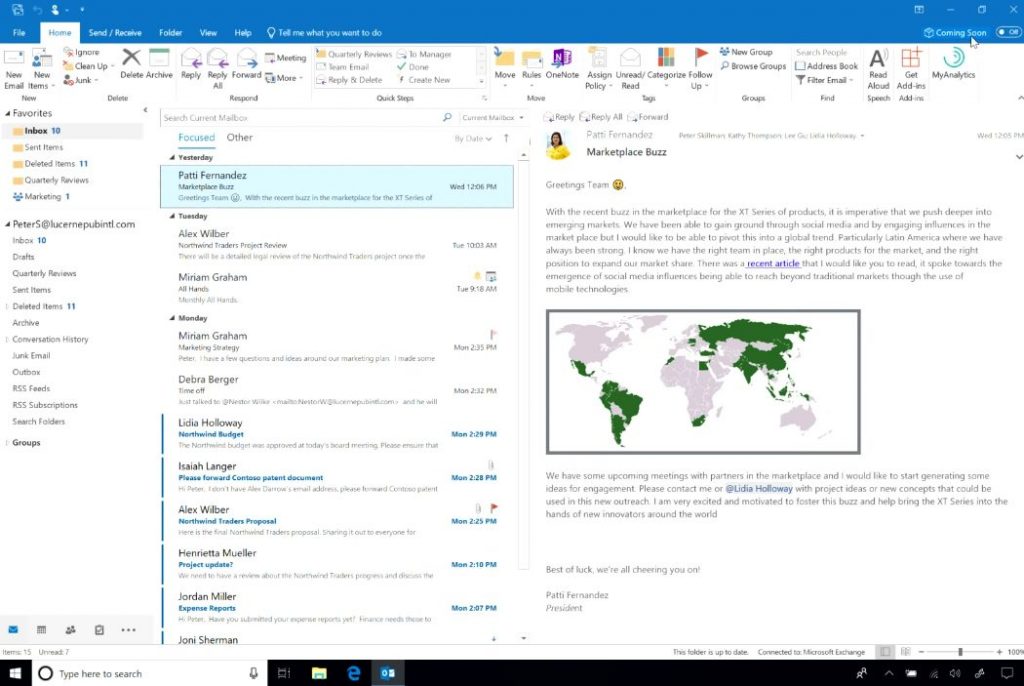 Earlier this year, Microsoft announced that it's bringing new cloud syncing capabilities to Outlook for Windows in June. However, it seems like the Redmond giant has delayed the release of this feature to the end of September (via Dr Windows). Microsoft has posted a new update in the Microsoft 365 Admin Center noting that the decision has been made based on early feedback received from the users, and some additional changes to the code are required to enable cloud roaming option:

Based on learnings from our early rings, we have made the decision to make additional changes to the code before we proceed with the rollout. We expect to roll this out to the Monthly Channel, Production, in late September (previously late June).

The new cloud syncing feature will deliver roaming profiles that should sync a wide variety of settings in the cloud, and the list includes Advanced, Calendar, Ease of Access, General, Groups, Mail, People, Search, as well as Tasks. The whole point of the cloud roaming option is to ensure a consistent user experience when they access Outlook for Windows on any of their PCs.

Microsoft said that the roaming options will be turned on by default, and it will be up to the Office 365 admins to disable this feature for all Microsoft users in their organization. In case you missed it, Microsoft is also planning to bring cloud support for Windows email signatures, and the rollout is expected in the coming weeks.

Hands-on with Microsoft Sway: Another way to create beautiful presentations, and more