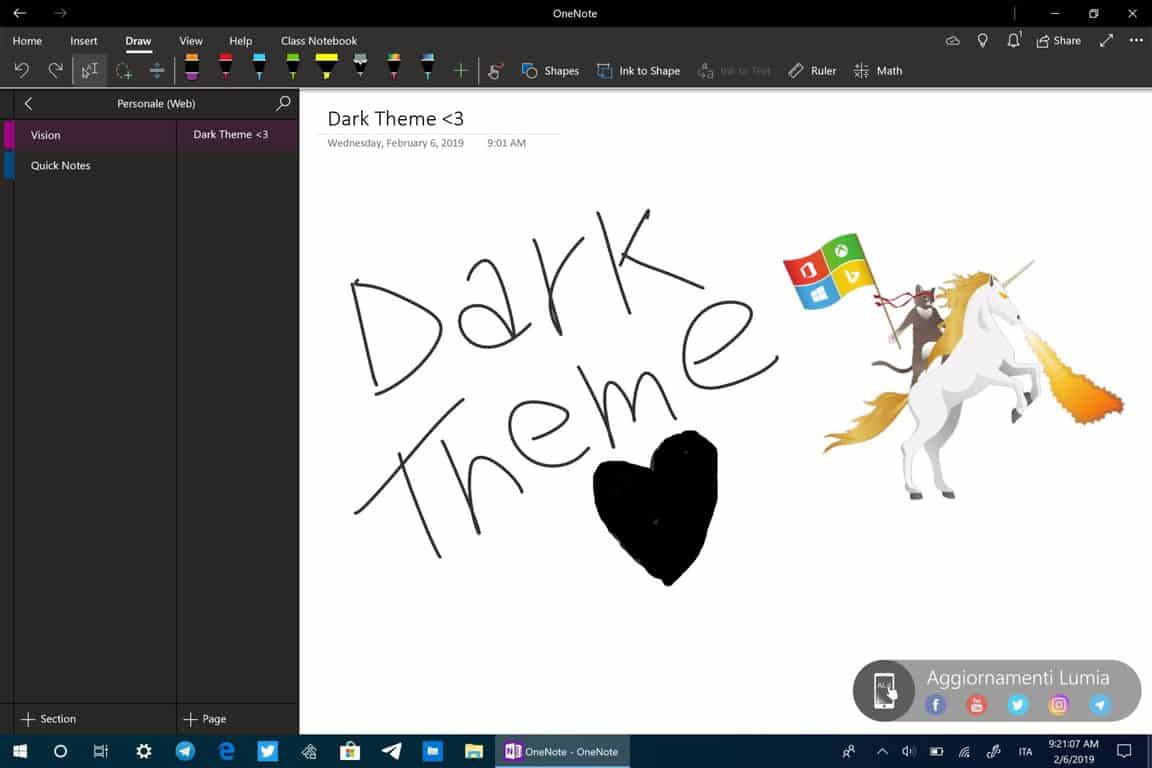 OneNote is one of the few inbox apps that ship on all Windows 10 PCs, but it curiously didn’t get a dark theme option like most of the other UWP apps from Microsoft. Well, that should be changing soon as Italian blog Aggiornamenti Lumia has shared some screenshots showing the new dark theme today.

Laura Butler, head of Microsoft’s Notes and Tasks team confirmed that the dark theme is currently being worked on, teasing upcoming major navigation improvements along the way.

Dang that's fast sleuthing! It's not even fully available in internal dogfood.

The screenshot doesn't even have the new majorly improved naviga… oops almost spilled the beans.🤓 https://t.co/KbOUGrQK5h

As we’ve seen with many other Microsoft apps in dark mode, the company has opted for a dark grey background color, but the white background will apparently still be there when you open a specific note in the app. There’s no word yet about when this new dark mode will be available for Insiders testing, but it could be a while a Butler said that the app isn’t fully available internally. In the meantime, let us know in the comments if you like what you see in those screenshots.