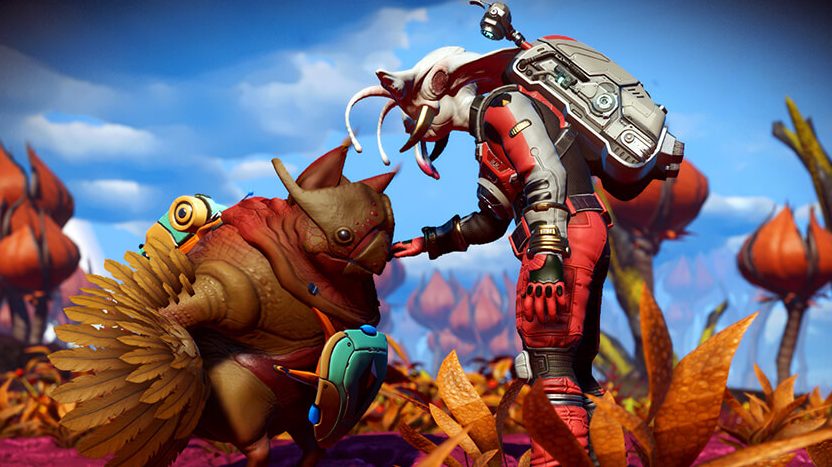 No Man's Sky is getting its first content update allowing players to tame, breed, and bond with wild animals in the game. In an announcement on Xbox Wire, Hello Games, the development team behind No Man's Sky, announced that the Companions Update is now available on Xbox One consoles, Xbox Series X|S, and Windows 10 PCs.

"Travelers are now able to adopt the creatures they encounter and form close bonds with them. They will travel side-by-side with you as you adventure through the universe, both as a friend and as a valuable aide on your voyage. Train them to scan for resources, mark out hazards, provide light, hunt dangerous fauna, find settlements, excavate buried treasure or even mine for materials with their own shoulder-mounted mining lasers. Creature personalities are defined by their species and ecosystem such that no two creatures are alike, and their personalities develop further as you deepen your bond with them."

Your animal companion will join you as you explore planets and can be patted and fed, but be careful. If you encounter other travelers and their companions, your animal companions may become frightened, playful, or even aggressive base don their personality. Every adopted companion has a neural harness that is integrated into your own Exosuit. Once trained, your animal companions can perform a variety of tasks for you, including scanning for resources, digging up treasures, hunting fauna, and identifying hazards. Players who take good care of their animal companions will get collectible eggs they can choose to hatch or trade with other No Man's Sky players.

No Man's Sky is celebrating its fifth anniversary this year, and The Companion Update is the first content update of 2021. In 2020, Hello Games released a total of six free content updates to No Man's Sky, including the big "Origins" update. Since No Man's Sky launch on Xbox Game Pass, the game has welcomed over 1 million new players to the game since June 2020.