The Windows team has yet to make a big to-do about it, but a recent update to the Photo app for Windows 10 Insiders has brought the addition of Create Slow Motion Video as an option for users. While some Insiders might be scratching their head at the news because Slow Motion capture has been an option in Insider previews for some time now, the functionality of creating Slow Motion Videos from regular video captures has not.

Before yesterday’s update to the Photos app, users were required to set their video capture to Slow Motion before filming. While a minor convenience quibble, going into Slow Motion video capture also meant that any recordings done in with that setting would also negate sound for the duration of the clip.

Now it seems that Windows users are free to capture video using whatever setting is convenient at the time and can add slow motion effects in editing using the Photos app. Keep in mind; the update so far has only come down the pipe for Insiders on both PC and Mobile. Presumably, the Windows team is prepping the feature to be bundled in next month’s Windows 10 Anniversary Update.

For those interested in trying out the new feature, head over to the Windows Store on your Insider build for either PC or Mobile and hit the update option or follow the link below, as it should automatically update when selected. 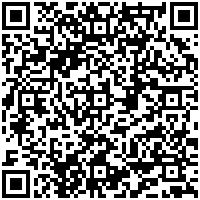