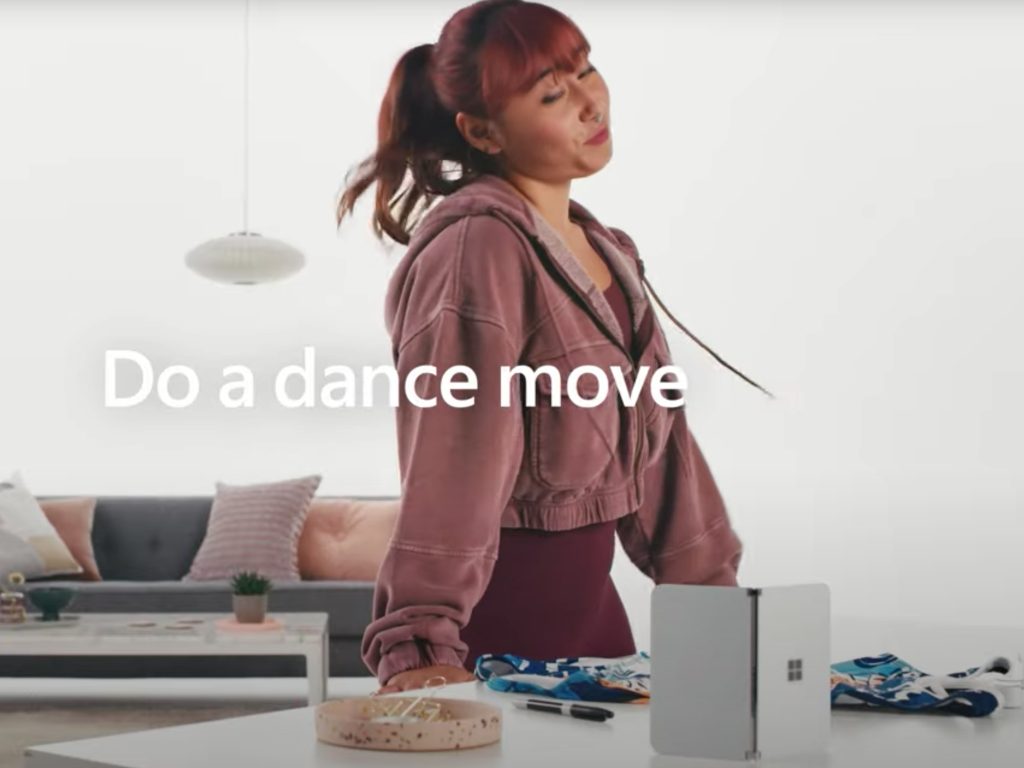 The Surface Duo isn't your ordinary phone, and so far, Microsoft has spent a lot of time showcasing its productivity cases and how the dual-screen phone can be useful for business. But as Surface Duo heads to more markets soon, Microsoft is opening up interest for the phone a bit more with a new commercial that shows how the Duo can also be used for pleasure (via WinBuzzer.)

Starting the gymnast Katelyn Ohashi, this commercial is unlike any of the others Microsoft has done in the past. You don't see the Duo's highlight features like dragging apps between the screens (or flipping it in the air, as the last commercial did,) but rather some things that most everyday consumers might do with the device.

In the 30-second long spot, we can see that Ohashi is watching two separate cat videos (on each of the two screens) on the Surface Duo while dancing. She also practices signing her name, too, after drawing it on OneNote with Surface Slim Pen, and spanned across both screens on the phone. At the end of the commercial, we even see a figure in a green suit pick up the phone, and move it into its various postures, too.

This ad is quite interesting, to say the least, and as the holidays and new years are coming on, it could be a last-minute push to increase interest in the phone. Not to say there hasn't already been interest, as the Duo was pinned on Time magazine’s Best Inventions of 2020 list. Rumor has it that a second all-black variant of the phone might be coming soon, too.

Cyberpunk 2077 review: An enjoyable RPG despite some technical issues