A new Surface Duo pre-order ad is here, and it's a little bit odd - OnMSFT.com Skip to content
We're hedging our bets! You can now follow OnMSFT.com on Mastadon or Tumblr! 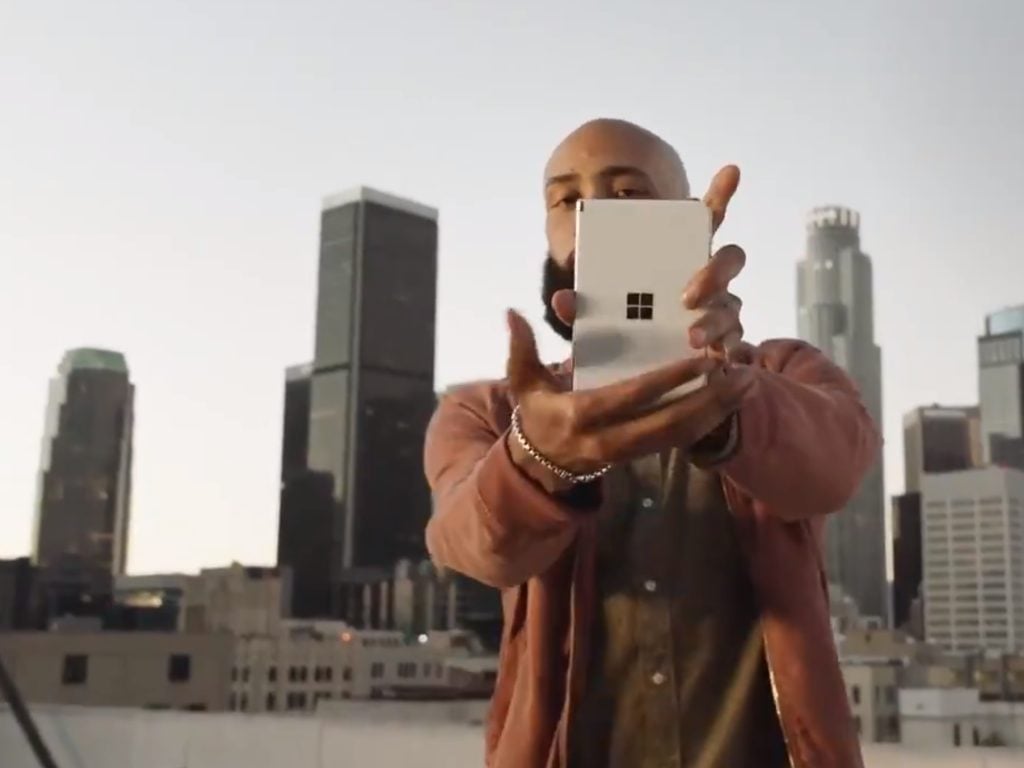 Microsoft has released a pre-order ad for the Surface Duo, and it is a little bit strange. The 28-second long advert showcases people opening and closing the Duo, flipping it around into various modes, and even spinning it around on the edges just like a $1,400 glass fidget spinner.

Titled "The new Surface Duo launches September 10," the ad begins by mentioning how the Duo can "Open your mind." Then, it proceeds to show three different people flipping or holding the Duo open, and spinning it around. At one point, we even see a woman sitting on a sofa and opening the Duo into the tent mode.

Interestingly, the ad ends with a man holding the Duo folded shut in its traditional phone mode, with the device magically disappearing into his pocket. He then answers the Duo as it rings, and we get to see the "Surface Duo Pre-order today" tagline in the end.

This ad is a little bit strange, to say the least, but it would not be new ground for Microsoft. Back with the first Surface launched in 2012, Microsoft featured the Surface RT in an ad series known as "movement." In the ad, we could see students and other people dancing while they spin and throw the Surface RT around as they clip the Touch Keyboard into and out of it.

What do you think of this ad? Let us know your thoughts in the comments below.