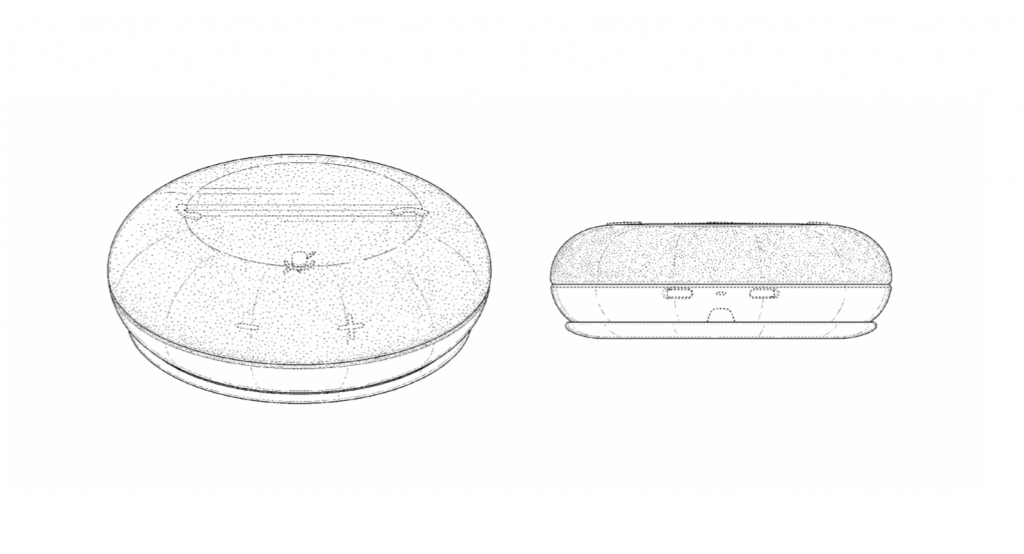 If Microsoft has pretty much ignored the connected speakers market after the launch of the Cortana-powered Harman Kardon Invoke, we’ve seen the company showcasing the meeting room of the future with a new prototype device back at Build 2018. A new Microsoft patent spotted by Windows United (via The Verge) has just revealed a different kind of portable speaker that looks more like a Google Home Mini or Amazon Echo Dot.

Unfortunately, the patent description doesn’t reveal much about the features of the device, but you can see different buttons for controlling volume, or accept, mute and reject calls. As The Verge noted, one of the patent inventors is Malek Chalabi, a principle design manager working for Microsoft Teams, which suggests that the device may have an enterprise focus.

Patents don't always become real products, but the fact that this new patent has been published a little less than a month ahead of Microsoft’s Surface event in New York is interesting. Following the release of the Surface Dial, Surface Headphones, and Surface-branded mice and keyboards, Microsoft's Chief Design Officer Panos Panay said last year that he was interested in creating new Surface accessories. Microsoft's Surface event will be on October 2, so we won't have to wait long to see if Microsoft is about to release its own portable speaker.