Build 2018: Microsoft showcases the meeting room of the future with new prototype device - OnMSFT.com Skip to content
We're hedging our bets! You can now follow OnMSFT.com on Mastadon or Tumblr! 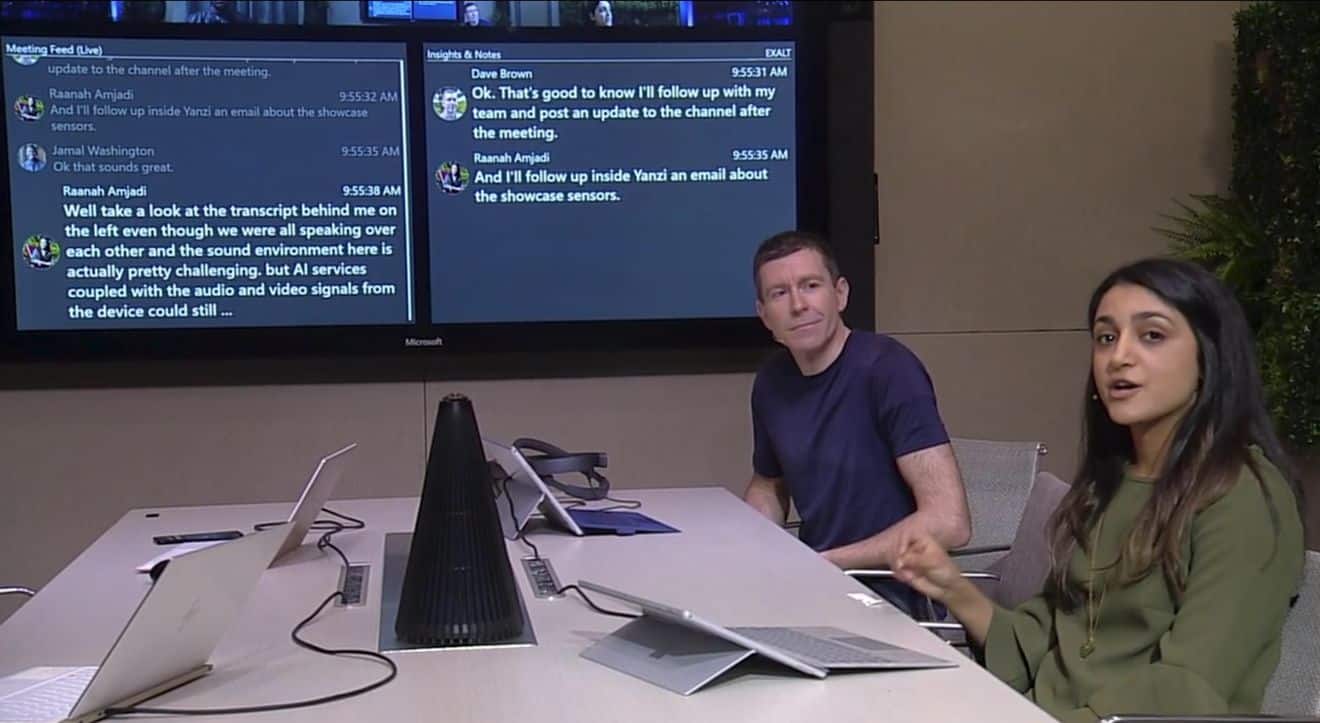 On stage at Build 2018 today, Microsoft showcased how they are building technology for the modern workplace. The company showed off an impressive prototype device can make meetings easier by merging both the physical world and the digital world.

The segment was led by Raanah Amjadi, a marketing manager for Microsoft Teams. She began by showing the prototype device, which can detect a person's presence, greet them, and transcribe their speech to other meeting members via Microsoft Teams. She also showcased that the device can use Microsoft's AI services to act on what is said by those in the room, be it a meeting or anything else found noteworthy. You can watch the segment below, starting around 1:29:30.

This definitely was a cool demo and it shows that Microsoft's translation and AI services can come in handy for businesses as well as developers. It will be interesting to see if the next-gen Surface Hub will integrate these technologies as well, which we last heard could be coming later this year.