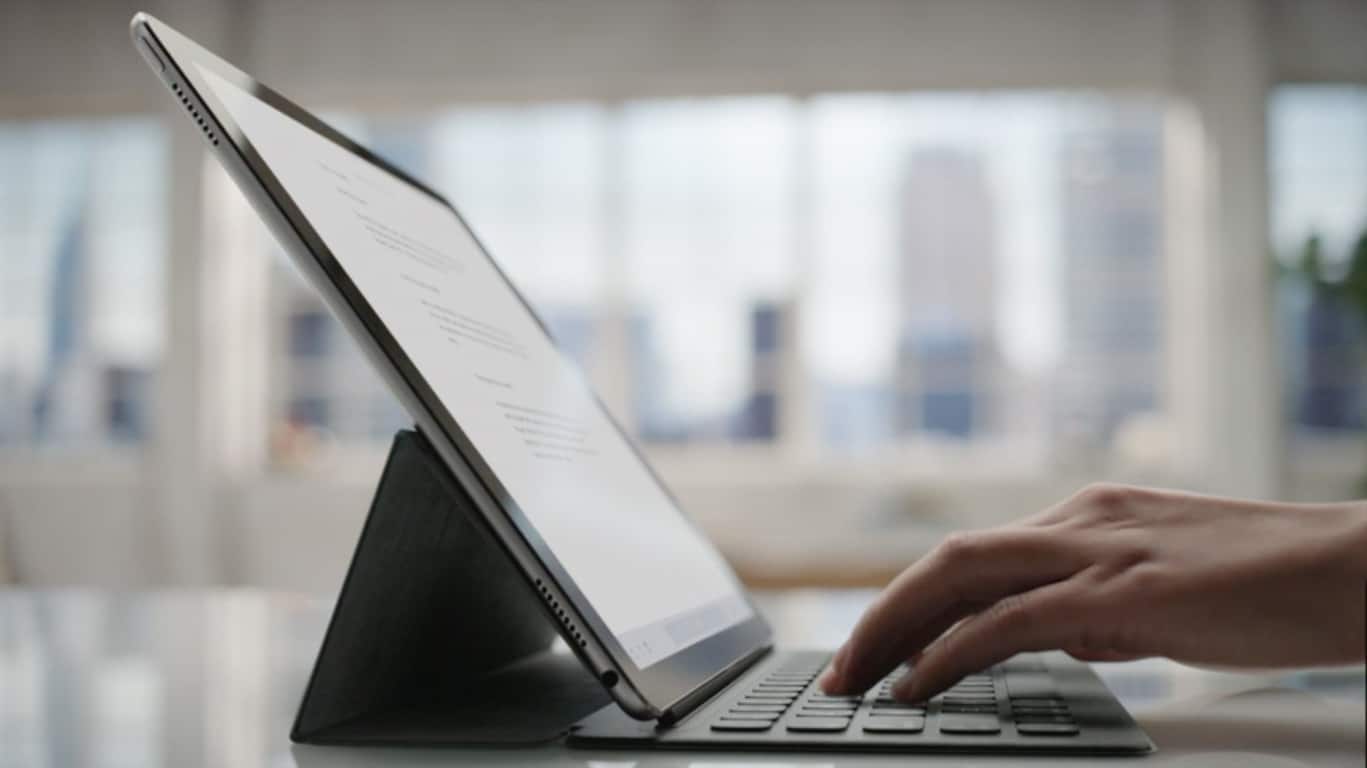 Yesterday Apple posted another impressive quarterly earnings report that saw the company's overall stock price rise once more. While much of Apple's revenue for the quarter came from higher price tags for the iPhone and a swell in its online services offerings, there was a noticeable uptick in the sale of iPads for the three-month report.

Despite offering a competing product in the Surface Pro Microsoft has always seen the iPad as another potential source of revenue for the company by offering its software and digital services on the platform as well as developing several keyboard options for users.

In a potential new filing, Microsoft looks to be cashing in on the rejuvenated growth of the iPad Pro 10.5 inch with a new touch cover being designed for the tablet.

According to compliance document called "Model 1719" from Microsoft, the company is looking into producing a new iPad cover with some neat new features.

The document was found by winfuture.de and a rough translation of the site would indicate that while Microsoft has yet to officially announce any development of the new keyboard it has filed the necessary paper work with the Civil Aviation Organization (ICAO) of the United Nations due to its lithium-ion specifications.

There is a battery specification that could point to Bluetooth connectivity or some sort of charging options. The low capacity of 0,814 watt hours also points to a potential choice between power and thinness Microsoft might have aimed for in production.

There aren't a lot of other specifications available to draw a conclusion with about the keyboard, but it doesn't seem far fetched that Microsoft would offer some Office and Cortana specific functionality integrated into the keyboard as the company continues to push those services on the iPad.

If iPads sales continue with its recent momentum, we could see Microsoft bringing this new keyboard to market sooner rather than later.