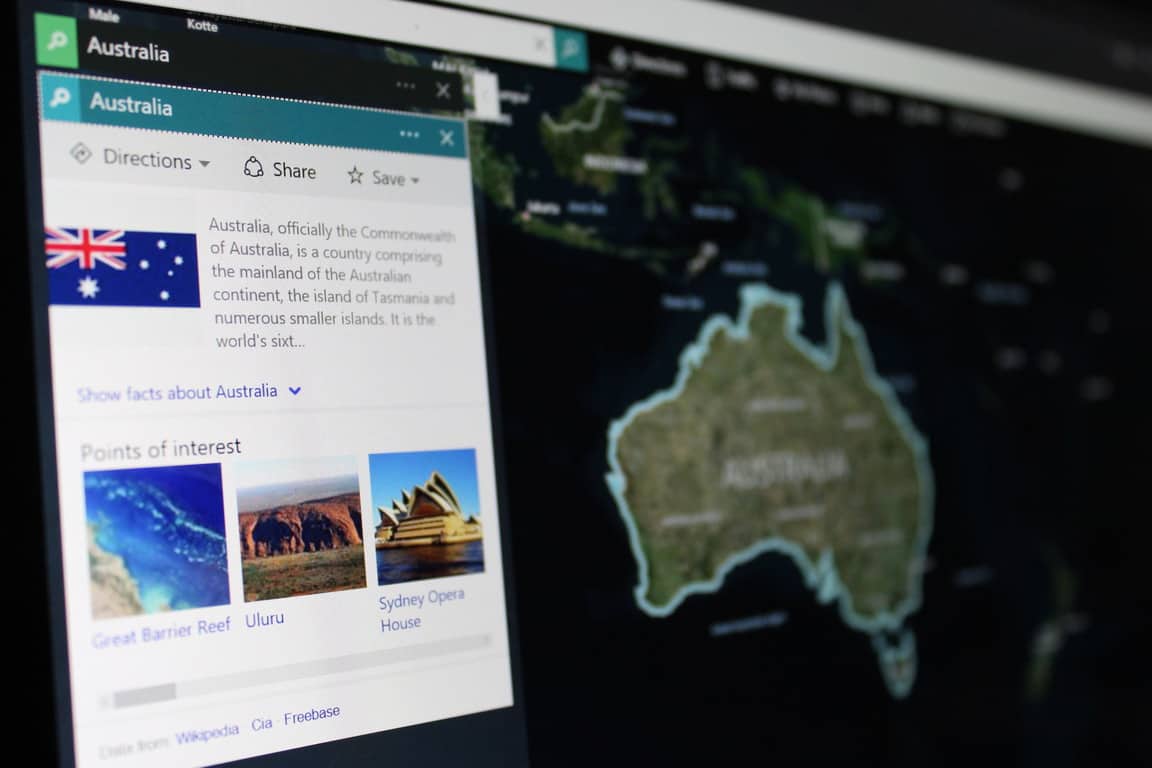 The Bing team today took to their blog to announce that new imagery has been released that covers all of Australia and India. According to the post, the latest imagery release includes 7,685,768 square kilometers in Australia, which covers the entire country with all of the major cities and areas outside of those cities. Also covered is the entire country of India, with the total square area of imagery being 3,119,733 square kilometers.

Examples of the new imagery in Australia include Uluru, also known as Ayers Rock, which is one of Australia’s most well-known natural landmarks. Of course, The Sydney Opera House, and The Great Barrier Reef are also included as well.  In India, meanwhile, examples of the new imagery include The Taj Mahal, Akshardham Temple, and Ambedkar Memorial Park.

Head to Bing Maps now to check out the new imagery! Once you've checked it out, shoot us a comment to let us know if you've found anything interesting!