In a post on NeoGAF (originally posted on Weibo), there appears to be more evidence that Microsoft has a second iteration of Xbox One on the way. According to the leaked screenshot and rough translation, the production notes point to Microsoft as beginning the project in 2014 for mass production (MP) beginning in February 2016. 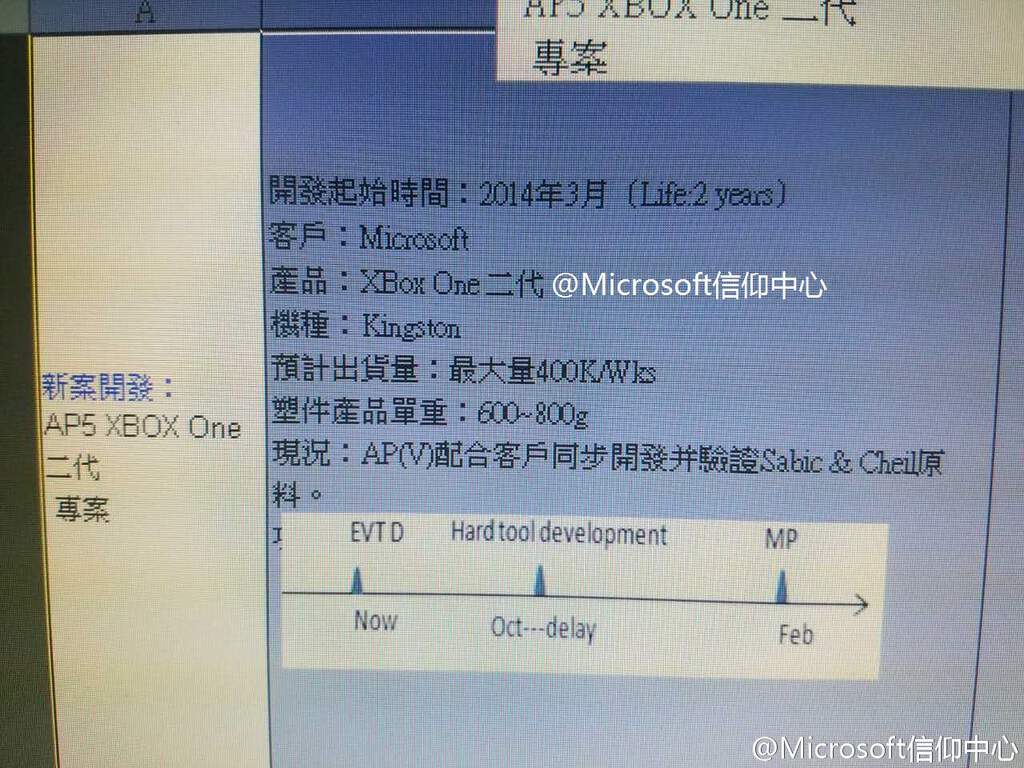 However, even with the recent rumors of a Xbox One version prototypes being tested to compete with Playstation's "Neo," there still has been no official comment on the subject by Microsoft. For now, Xbox fans will have to continue to wait and see if any new version Xbox One version will be released or if Microsoft is waiting to see what Sony has planned.

Microsoft highlights how creative inspiration can make for better apps

Bing Predicts returns to the NFL to predict the 2016 draft