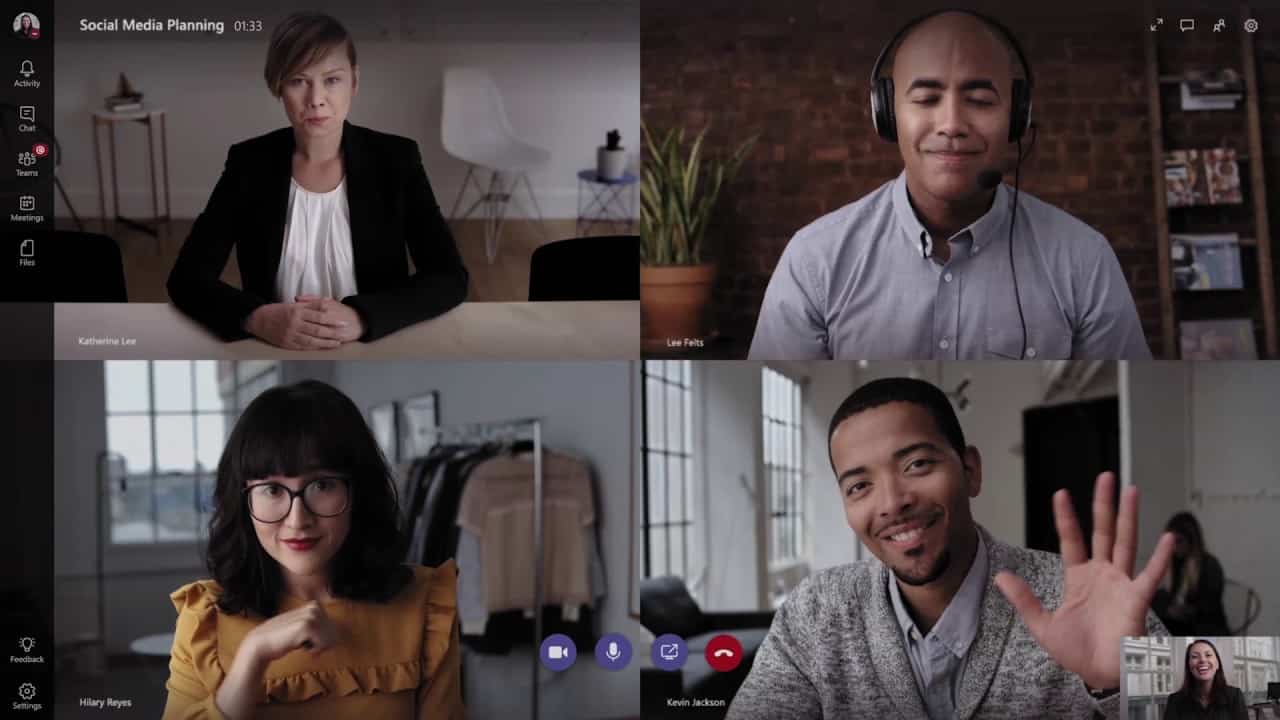 Microsoft is going all out to inform enthusiasts and businesses about their most recent addition to Office 365: Microsoft Teams. The chat-based teamwork collaboration tool was announced today in New York City where presenters gave on-stage demos of the features and interviewed business leaders about how it has helped their organizations. Furthermore, the floodgates of information opened with a Sway presentation, a new product page, and an Office blog post with a deeper look into the features.

Microsoft Teams hopes to be the primary chat for most of the today's modern teams. Originally called Skype Teams, the application is capable of text, voice, and video chat alongside being able to work on documents without interruption. It also features the same emojis, stickers, GIFs, and more text customization that Skype has installed.

But Skype isn't the only noticeable integration. The entirety of Office 365 is put together in Microsoft Teams to create a one-stop shop. The hub contains Word, Excel, PowerPoint, SharePoint, OneNote, Planner, Power BI, and Delve built in.

If you're getting an Office 365 Groups vibe, that's because the new tool is built on that platform. With open APIs, Teams will be customizable or third-party applications and services to make each workspace unique. In fact, the blog post says that over 150 developers have already begun creating integrations for Microsoft Teams and will be present for general availability release. That's including Zendesk, Asana, Hootsuite, and Intercom to name a few.

Microsoft Teams is already available for commercial Office 365 plans and can be accessed in 181 countries for 18 languages. IT admins can turn it on simply by going to Settings > Services & AddIns > Microsoft Teams. According to the FAQ, general public won't have to wait too long for the tool since it's planned for the first calendar quarter of 2017.

If you missed the event, follow this link to the official event overview and Video On Demand.

Microsoft invests in Atlas, a startup building a search engine for your digital footprint