The highly-anticipated Middle-earth: Shadow of War is now available to play on both Windows 10 and Xbox One consoles. The video games is an Xbox Play Anywhere title which means that buying it on one platform will unlock it on the other for free and gamers will be able to carry progress between versions. Here's the official game description:

Go behind enemy lines to forge your army, conquer Fortresses and dominate Mordor from within. Experience how the award-winning Nemesis System creates unique personal stories with every enemy and follower, and confront the full power of the Dark Lord Sauron and his Ringwraiths in this epic new story of Middle-earth. In Middle-earth: Shadow of War, nothing will be forgotten.

Pre-order Middle-earth: Shadow of War on Xbox One & Windows 10

Middle-earth: Shadow of War is available in three versions; the regular edition, the Silver Edition, and the Gold Edition. The Silver Edition contains the main game and the Slaughter Tribe Nemesis Expansion, Outlaw Tribe Nemesis Expansion, and Silver War Chest content while the Gold Edition comes with all of that content plus the The Blade of Galadriel Story Expansion and The Desolation of Mordor Story Expansion.

Have you played Shadow of War yet on your Xbox One or Windows 10 PC? Share your thoughts on it with the community in the comments below. 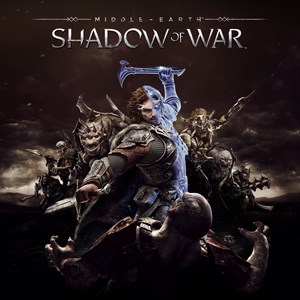