It seems Apple is serious about its gaming efforts. The company has listed the Xbox Wireless Controller on the Apple Store, allowing anyone to order one for their Apple devices or for the Xbox One console. 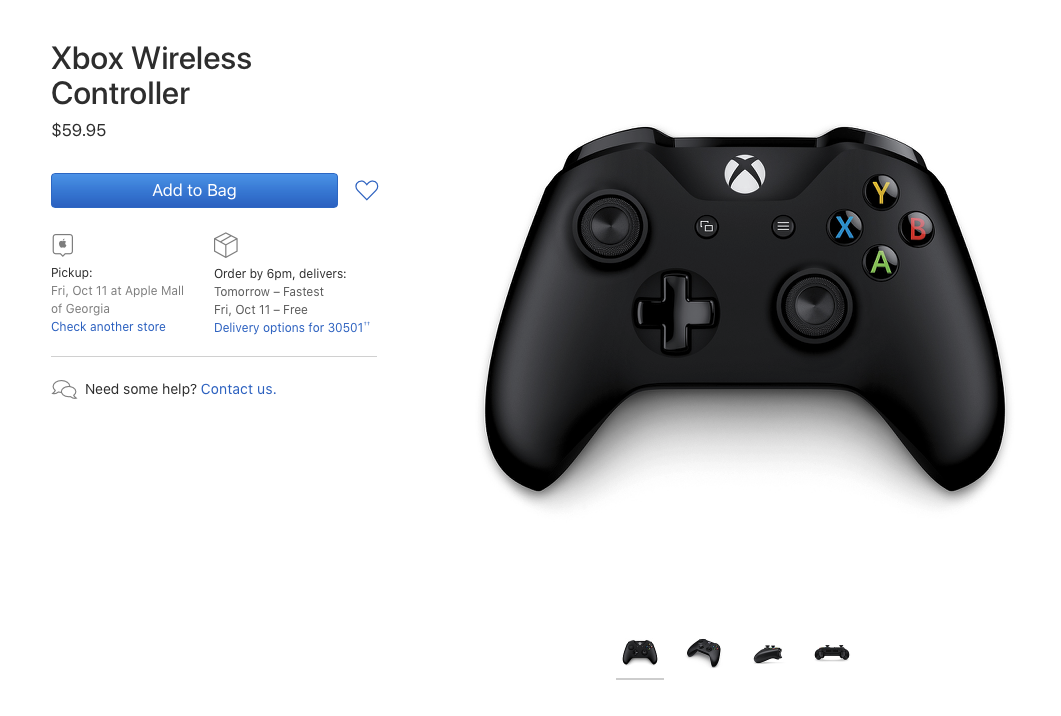 The Cupertino giant has added support for Xbox wireless gamepads, as well as bluetooth Playstation Dualshock controllers, to its mobile devices with iPadOS/iOS 13, as well as Macs with macOS Catalina and the Apple TV with the tvOS 13 update. Part of Apple's decision to support these controllers is because of its Apple Arcade subscription service, which brings users a handful of games for just $4.99 per month. Of course, the gamepad should still work for any any game that supports third-party controllers.

Apple's bringing the Xbox wireless controller to its online store is definitely unexpected, but makes sense. Gaming has never been a big appeal on macOS devices or the Apple TV (Mojang even pulled the plug on Minecraft for Apple TV due to low player usage). So maybe a popular brandname controller is just the push that Apple needs to appeal more for casual gamers.

The Xbox Wireless Controller is available for $59.95, and can be delivered to your door or shipped to your local Apple Store for pickup. If you prefer saving money, Amazon also sells various colors on its website, typically for less than $50.

Would you order an Xbox One controller for your Apple device, or do you prefer playing higher-quality games on consoles? Feel free to share your thoughts below.