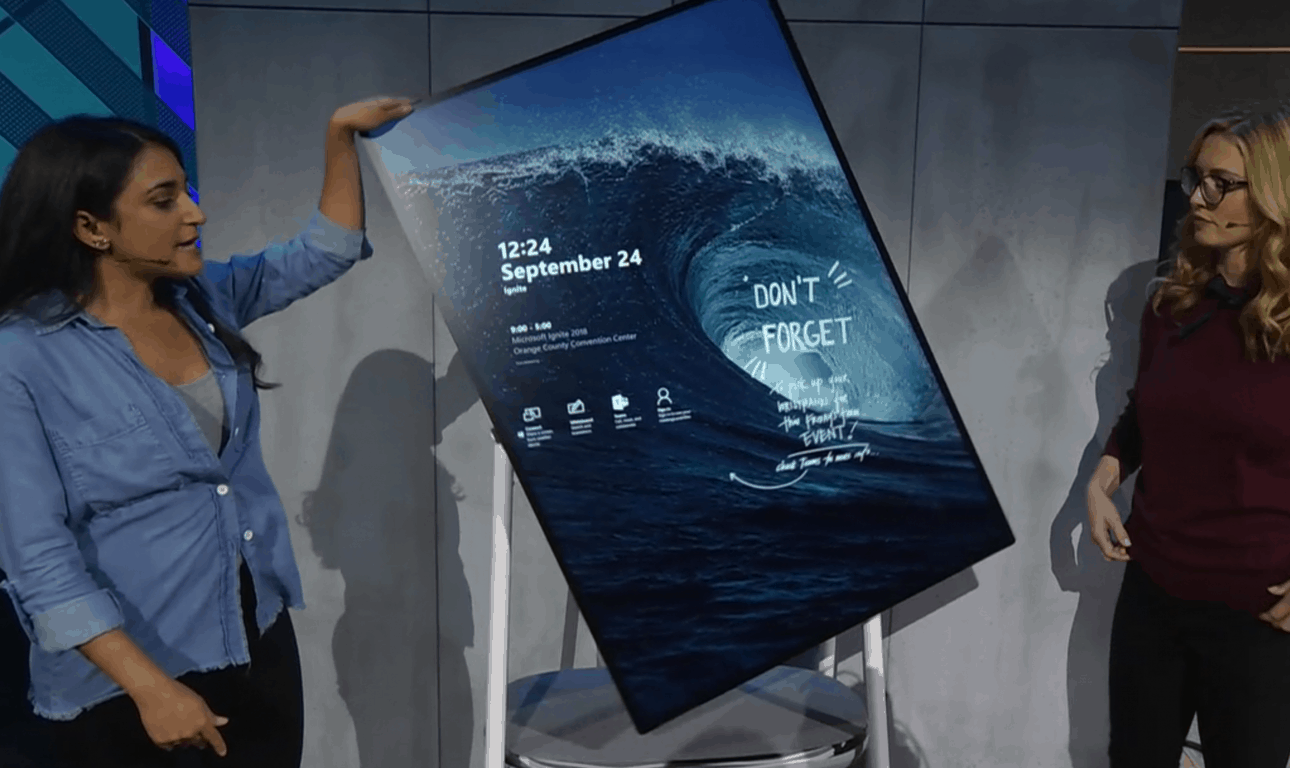 Even as 2019 comes to a close with Microsoft putting out some relatively exciting hardware with a refreshed Surface Pro 7, Surface Laptop 3 in two variants, and the Surface Pro X, it now seems 2020 is shaping up to be another blockbuster year for the company's hardware offerings.

While the Surface Hub 2S was eventually released in Q2 2019, Surface Hub 2X devices are road mapped for general release sometime in 2020 and as such, details of the devices are now beginning to come to light such as the Hub 2X differing from its Hub 2S cousin and possibly shipping with Windows 10X out of the box.

According to a report from Windows Central's Zac Bowden, Surface Hub 2X could ship with a variant of the Windows Core OS that it was originally unveiled with back in late 2018 alongside the Surface Hub 2S. The Hub 2S has been on the market for much of 2019 and runs on the same OS as older Surface Hubs for compatibility reasons. Yet, the Surface Hub 2X has been arguably shelved by Microsoft from public view since it's late 2018 showcase, and according to Bowden's sources, it's because the company has been working on a tweaked version of the Windows Core OS to ship on the Hub 2X that's taking longer than expected.

How different is Santorini from Aruba and what new features will be coming to the Surface Hub 2X, Bowden and his sources seem to have no answers regarding those details, however, if Santorini is closer in nature to the dual-screen Windows 10 X experience demonstrated on the Surface Neo and Duo, there could be a future in which the Surface Hub 2X digitally bonds screens through some advanced mira casting techniques embedded in Widows 10X.

Between now and Microsoft's targeted June 2020 development date of Windows 10 X, the company has several developer conferences and events lined up to slow leak more details about its next flagship operating system.