Microsoft's Games with Gold for December include an OG Xbox game for the first time ever - OnMSFT.com Skip to content
We're hedging our bets! You can now follow OnMSFT.com on Mastadon or Tumblr! 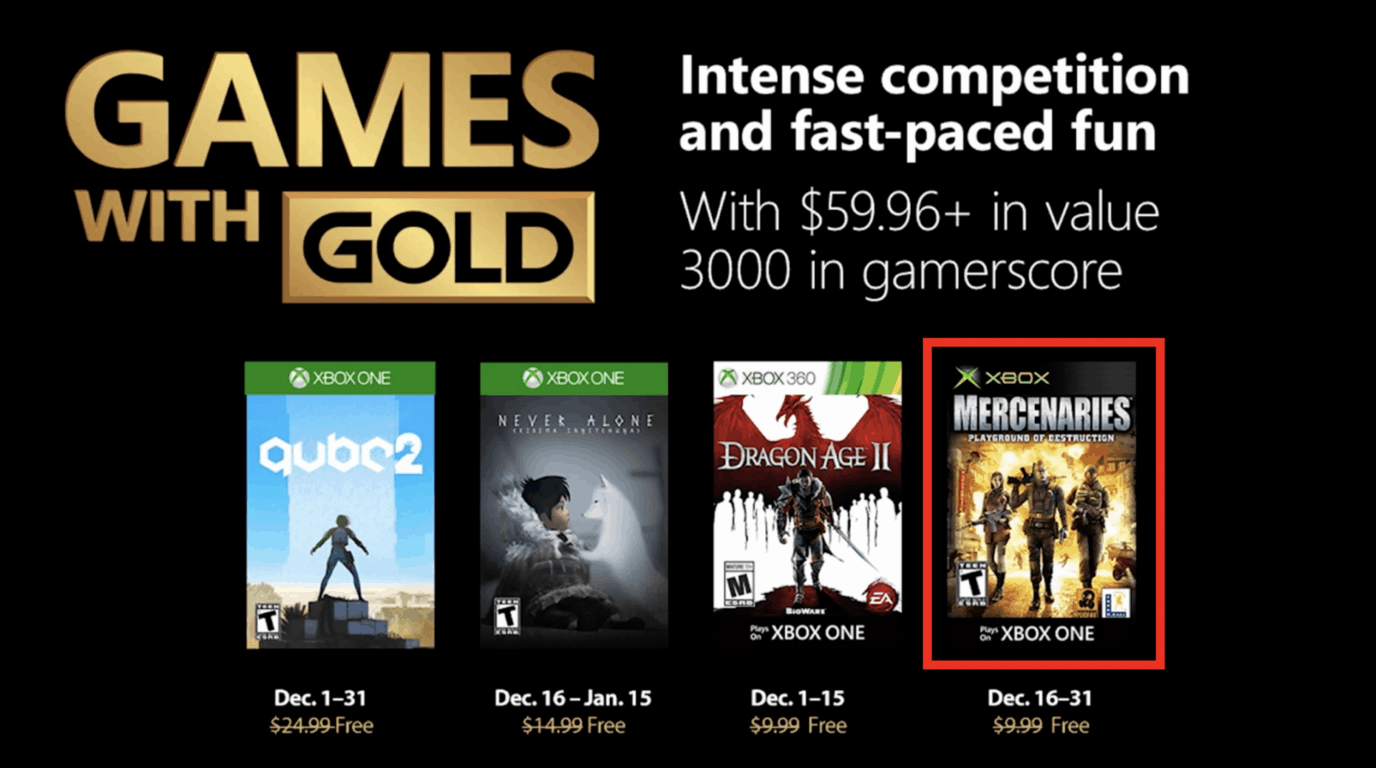 Xbox’s Major Nelson has just announced the free Games with Gold for the month of December, and for the first time ever the selection of four games will include an original Xbox title. Indeed, in addition to the Xbox One titles Q.U.B.E. 2, Never Alone and the Xbox 360 game Dragon Age II, the OG Xbox game Mercenaries: Playground of Destruction will be free to grab starting December 16.

This action-adventure game was initially released on Playstation 2 and the original Xbox back in 2005, but the game later became backward compatible on the Xbox 360, as well as the Xbox One back in April of this year. This is quite surprising to see Microsoft replacing one of the two Xbox 360 Games with Gold title with an OG Xbox One game, but these older games are actually enhanced on Xbox One consoles: Microsoft has increased the pixel count by up to 4x on the Xbox One S, and up to 16x on the Xbox One X.

As of today, there are only 32 Original Xbox games that are backward compatible on the Xbox One, and this number is much higher on the Xbox 360. It will be interesting to see if the Games with Gold program will include more OG Xbox games going forward, but it's a pretty great way to highlight why backward compatibility is one of the Xbox One's killer features. It's just too bad that OG Xbox games don't include achievements and no longer support Xbox Live multiplayer.

Code updates gone bad the root cause of Microsoft's recent MFA outage, yet they're suffering another one now