Microsoft's foldable Surface Phone could let you ink on its exterior cover - OnMSFT.com Skip to content
We're hedging our bets! You can now follow OnMSFT.com on Mastadon or Tumblr!

Microsoft’s rumored Surface Phone is coming back to the Spotlight in an interesting way this week. First of all, Surface inventor Panos Panay mentioned it in an interview and said that “It’s absolutely my baby,” giving us a quite explicit sign that the project is still alive.

If this wasn’t enough, two new Microsoft patents titled “Foldable display device with interactable user interface surface on the external shell” were discovered yesterday (via Windows Central), revealing that the dual-screen foldable device could let users ink on its exterior cover while the device is closed.

According to the patent description, it would be possible to interact with the closed device in many ways, including selecting content, drawing or writing notes that would come to life once you open it: 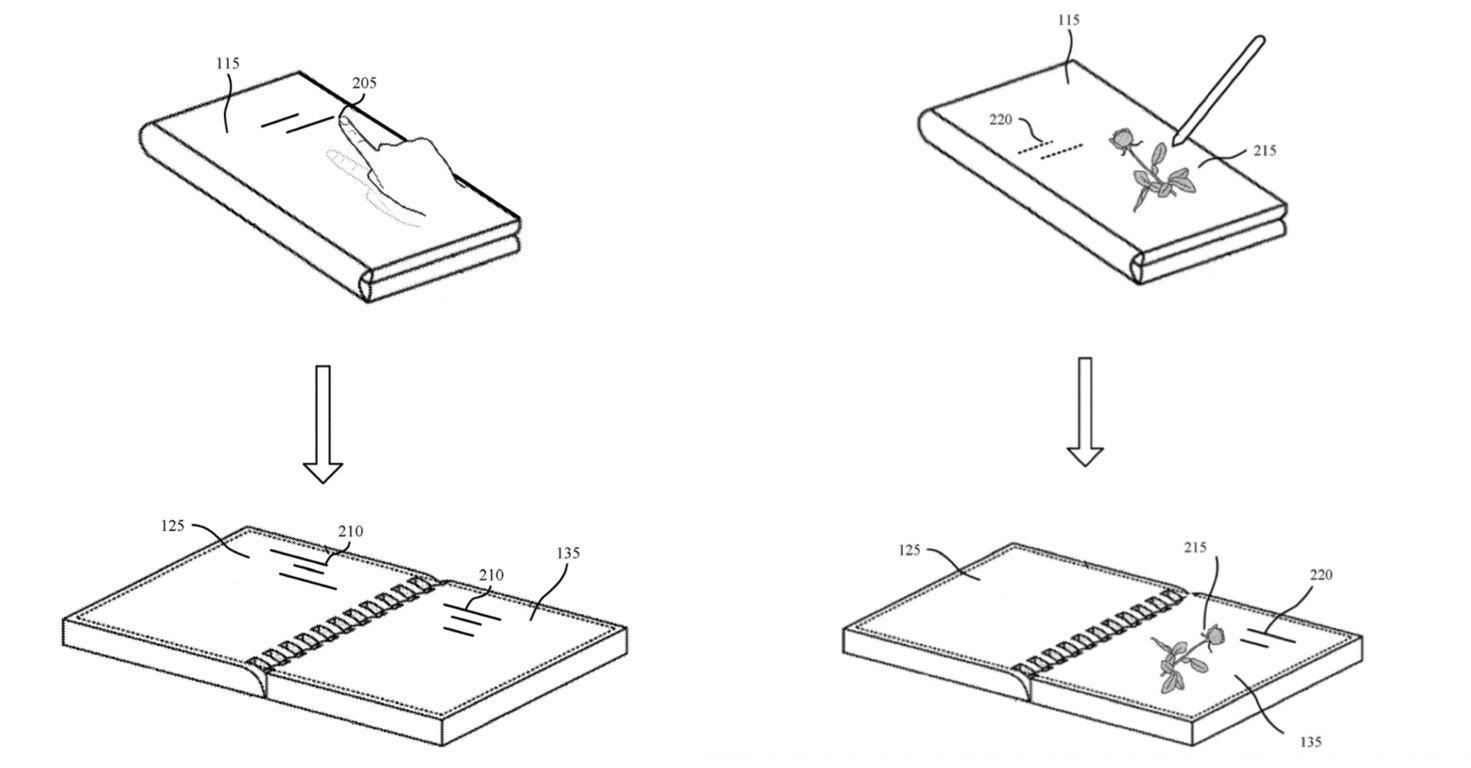 It seems a bit complicated and unintuitive to write or draw on the external cover without immediately seeing your content appear on a screen, and this is just pointing out the main issue with a foldable device with no external screen. Having to open and close the lid every time you pull this device in and out of your pocket seems really inconvenient once you're used to how all smartphone works. As an example, Samsung's Galaxy Note smartphones come with a "Screen off memo" feature that let you write notes on right on the lock screen, and you can even pin notes on the always-on display so they will always be there when you look at it.

We've been seeing a lot of interesting patents about this foldable device from Microsoft, but it's still not clear if this is really something that could be better and more convenient than our current smartphones. The rumored "Surface Phone" would absolutely need a killer app to make a dent in the market, and being able to interact with it while it's closed almost seems mandatory. However, we've all gained some muscle memory using our smartphones all these years, and adapting to a foldable device with no external screen may well be too much to ask for most users.

Obviously, this is something that Surface head Panos Panay is aware of. “We will invent and we will create when products are right," the exec said in an interview. "We can’t bring new categories into the world and not be a place where customers need it. I think there’s a lot of new form factors that are coming in the future," he added.

Swiftkey on Android reportedly to get Windows 10 Cloud Clipboard features