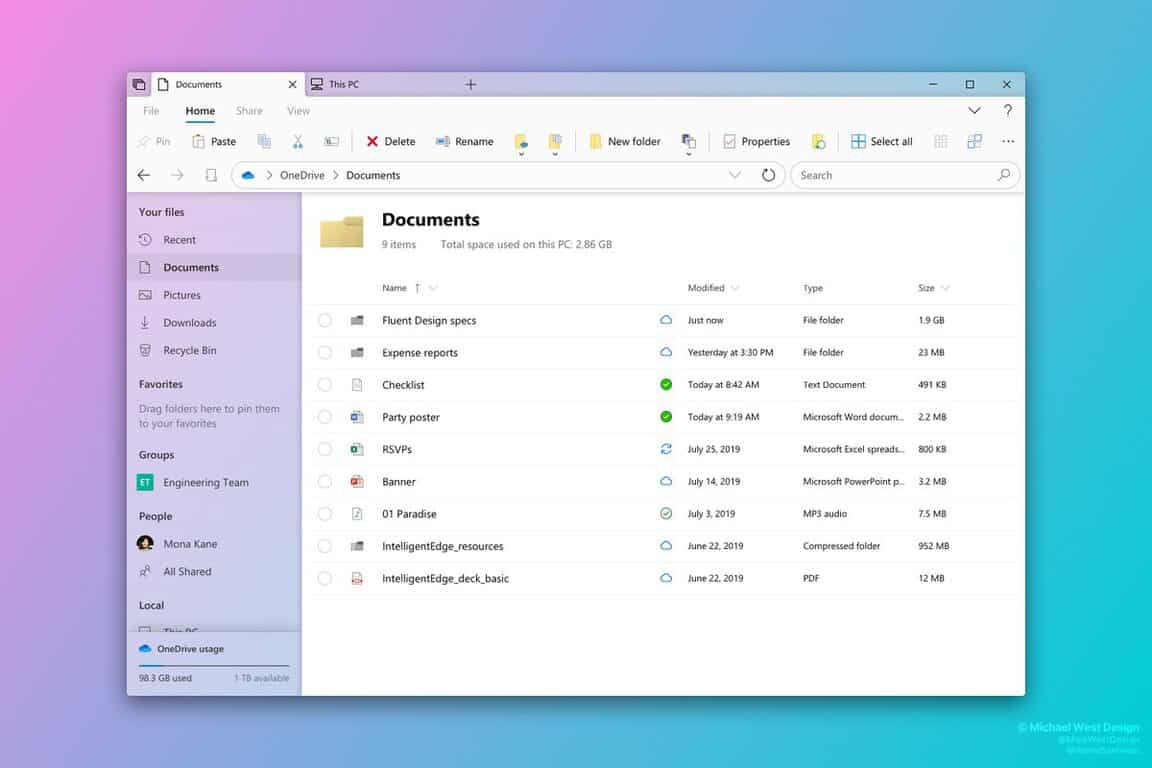 Updated: It appears the rumors were derived from a mock that Microsoft Design intern Michael West post a few weeks ago. While it would be ideal for Microsoft to syphon design elements from West's post, the idea that the company will act upon the inspiration anytime soon was misguided.

Microsoft had been on a real Fluent Design push for the past several Windows 10 Update releases but thanks to a botched roll out of the 2018 October Update, the Windows team has seemingly yanked the reigns on pushing out any new features or massive design changes over the past couple of preview releases.

However, the level of design restraint the Windows team has held staunch for the past handful of Insider previews and ultimately official updates with incremental changes to the File Explorer may be coming to an end.

There are rumors surfacing that the Windows team intends to churn out a revamp to one of Windows most visually glaring UI elements in the File Explorer.

According to a posting from the Italian HTNovo site, Microsoft will be introducing Fluent Elements to the File Explorer quite possibly as soon as the company's premier developer conference in May and could materialize for regular users by 2020.

Aside from the Windowed aspects of Microsoft's operating system the other corner-stone of the OS for many has been the File Explorer and its management of content, and until now it's stayed relatively untouched by official Windows design teams.

As imagined by so many creative designer and artists over time, the (as of yet, unofficial) proposed overhaul looks to take several cues from the litany of fantasized reincarnations of the File Explorer and reintroduced Microsoft's short-lived Sets platform. 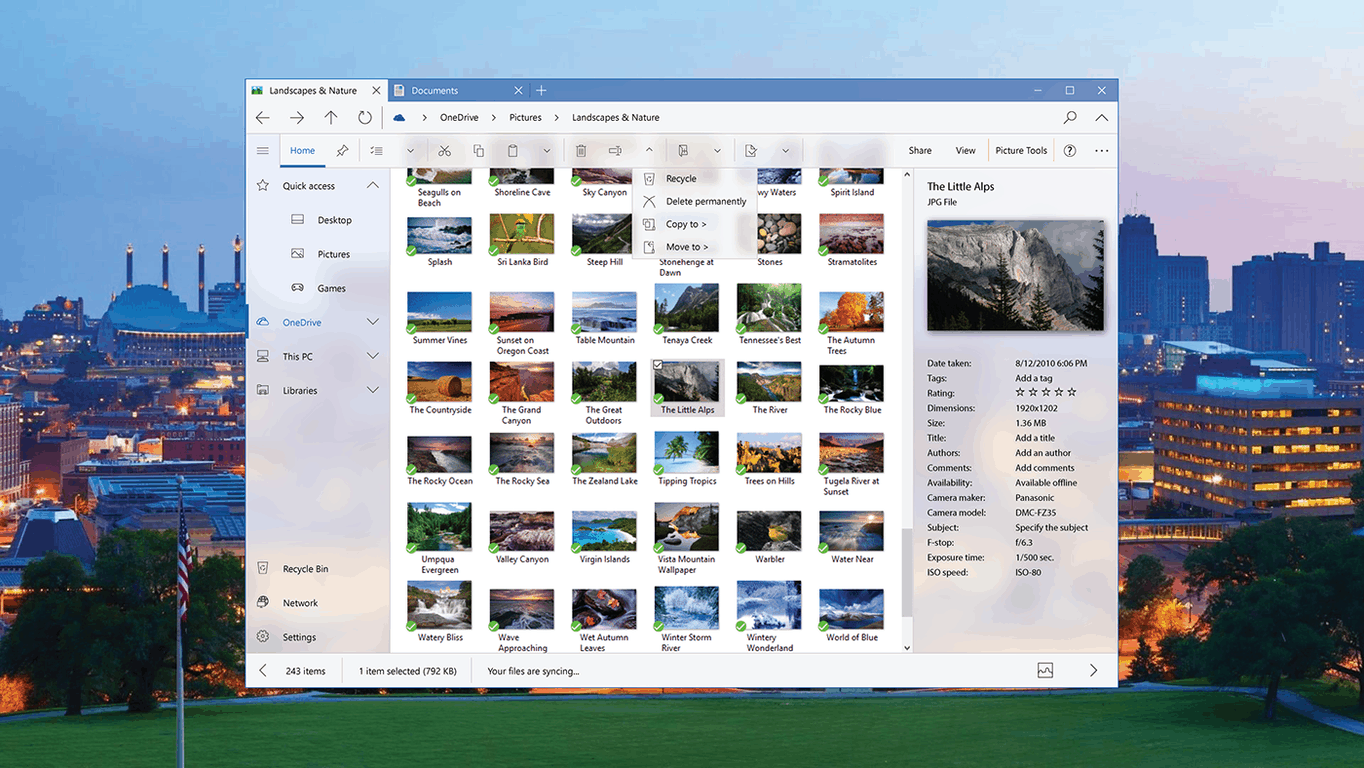 We must keep in mind, nothing has been confirmed and the leaked image (if true) could be months if not years away. However, as Microsoft looks to revamp its Edge browsing experience and build a lighter OS to compete with Chrome, it's not out of the realm of possibility that new File Explorer UI bits begin to make their way to Insiders sometime this year.

How to work with Storage Spaces in Windows 10