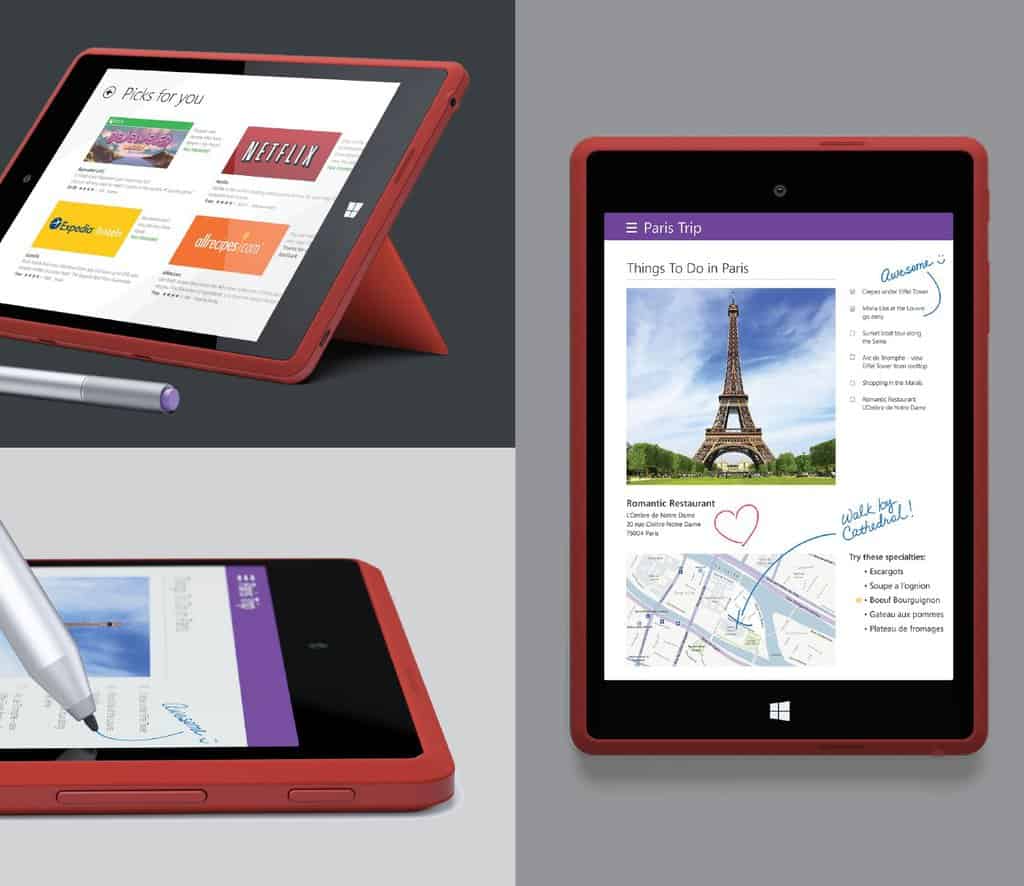 A couple months ago, we got a look at Microsoft’s cancelled Surface Mini, a device that was originally placed to launch alongside the Surface Pro 3 in 2014.

Now, Evan Blass, known as @evleaks on Twitter, has posted an image of the full specifications of the device (although, excluding battery life):

Sporting Windows RT 8.1, the device would have had options with either 32GB memory and 1GB RAM, or 64GB memory and 2GB RAM, each coming in a variety of colours, including black, red and blue. Its built-in kickstand would have provided support for 3 positions, as well as having 3 physical buttons – the capacitive Windows button for getting home, as well as the power and volume buttons.

It’s still unclear why Microsoft cancelled the product before its event in New York, especially with some wanting a smaller, lower cost Surface device.