Microsoft working on 'brand-new UI consistent across platforms' for OneNote

Microsoft’s OneNote service has been arguably one of the company’s superstar apps across platforms including both PC and Mobile use. Part of OneNote’s cross-platform success stems from its consistent content tracking and syncing while maintaining a flexible user interface adaptive to the operating system it’s being hosted on.

Even on Windows, the OneNote app suffers a Dr. Jekyll and Mr. Hyde visual personality disorder with it offering a more feature dense tabbed header versus its seemingly sparse counterpart meant for mobile use. Both the OneNote proper and mobile app sit side by side on Windows 10 but offer superficial differences in workflow for users, often confusing some people as to how to use the service altogether.

We're working on a ton of great features, including a brand-new UI which is more accessible and consistent across platforms. We think you'll really like it, and you'll be able to try it for yourself very soon!

We know that having two versions of OneNote on Windows is confusing, and we're working on some things which should clear up this confusion.

The bigger answer to your question is that OneNote 2016 has been a great app that we've been developing for over 13 years. As the app continued to grow we started to identify areas that our customers and business mutually benefitted from. As we pivot to a more modern code base, we're prioritizing Windows 10's capabilities to let us ship faster, build things more easily, and create deeper integrations into the operating system, such as the ability to launch OneNote above lock on Surface with the click of a pen.

We recently added new ink features to the Windows 10 app and made it much simpler to use. We hope these will delight our users, even those who previously embraced the desktop app. Stay tuned for more features we think you will love!

For more details from the OneNote team regarding the upcoming changes, decisions about features, and how Windows 10 plays into the services continued development, head over to the Reddit AMA session or follow several of the team via Twitter. 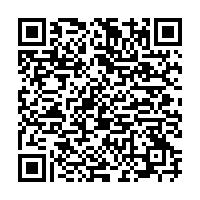