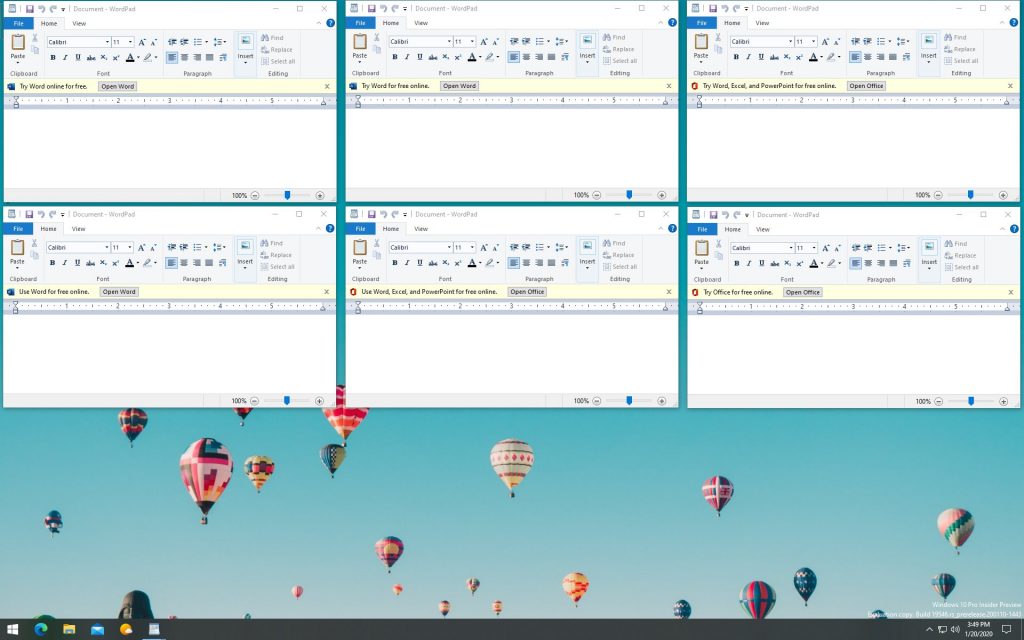 Microsoft has faced criticism in the past for the "ads" scatted throughout some of the apps Windows 10, but a much-loved free component of Windows might soon be part of the story now too. According to a tweet from Microsoft MVP Rafael Rivera, Microsoft might be considering adding ads for the Office web apps to WordPad in Windows 10.

As seen in the featured image above, Microsoft appears to be working on six different variants of these "ads." They all will show up under the ribbon of WordPad and in a yellow shade with an actionable clickable text box, which presumably will take the user to the Office web apps.

To be fair, these "ads" are relatively harmless suggestions. They are not in the way of the user, nor do they tell you to buy a product. Instead, Microsoft is suggesting for you to use what many might see as a more "complete" text-editor, which more features.

It's also worth mentioning that these "ads" are not in the current version of WordPad, and might not even ship at all. As Rafael points out, it could rather be designed to increase monthly user engagement.

More than 300 Xbox games are on sale this week including Monster Hunter World: Iceborne and Destiny 2: Shadowkeep