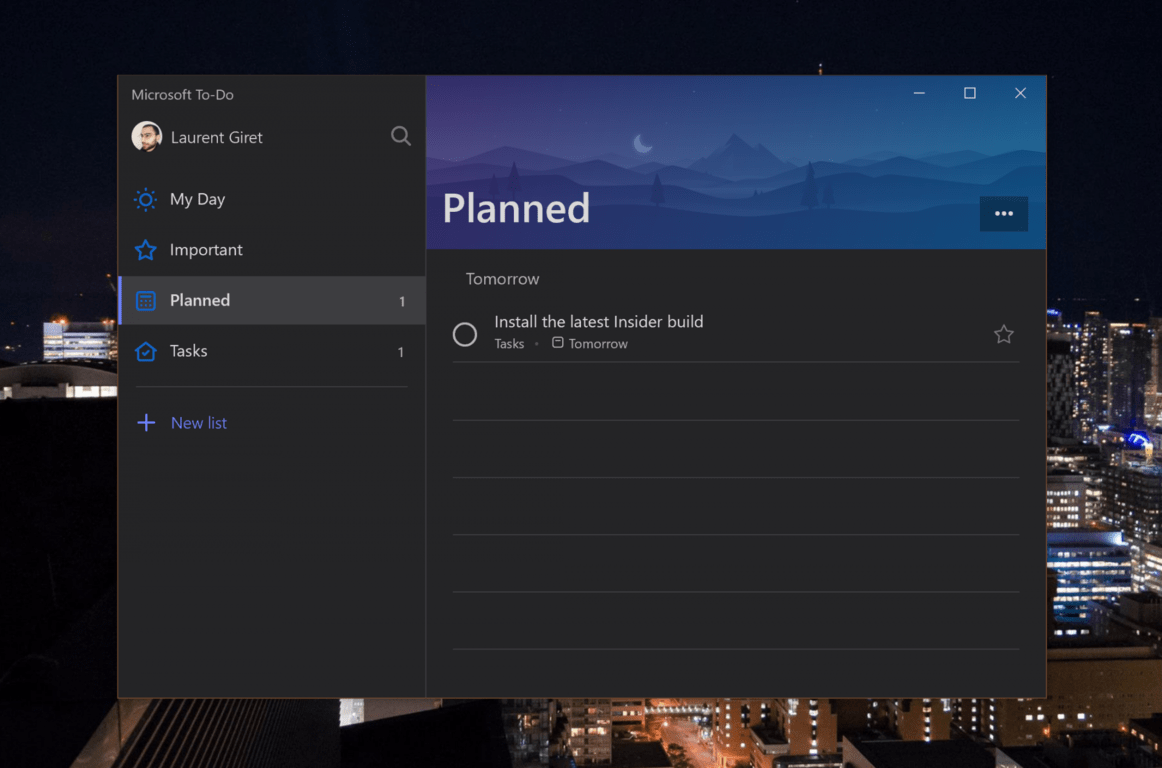 The Microsoft To-Do app for Windows 10 will soon pick up the same “Planned” smart list that was recently added to the To-Do web app. As spotted by Italian blog Aggiornamenti Lumia, the the new smart list option is currently available for Skip Ahead Insiders running To-Do version 1.41.1810.1001.

The new Planned smart list will automatically include all tasks that are due over the next couple of days. Just like the “Important” smart list, which features contains all of your starred items, you can hide it in Settings so it won’t show up on the To-Do main screen. 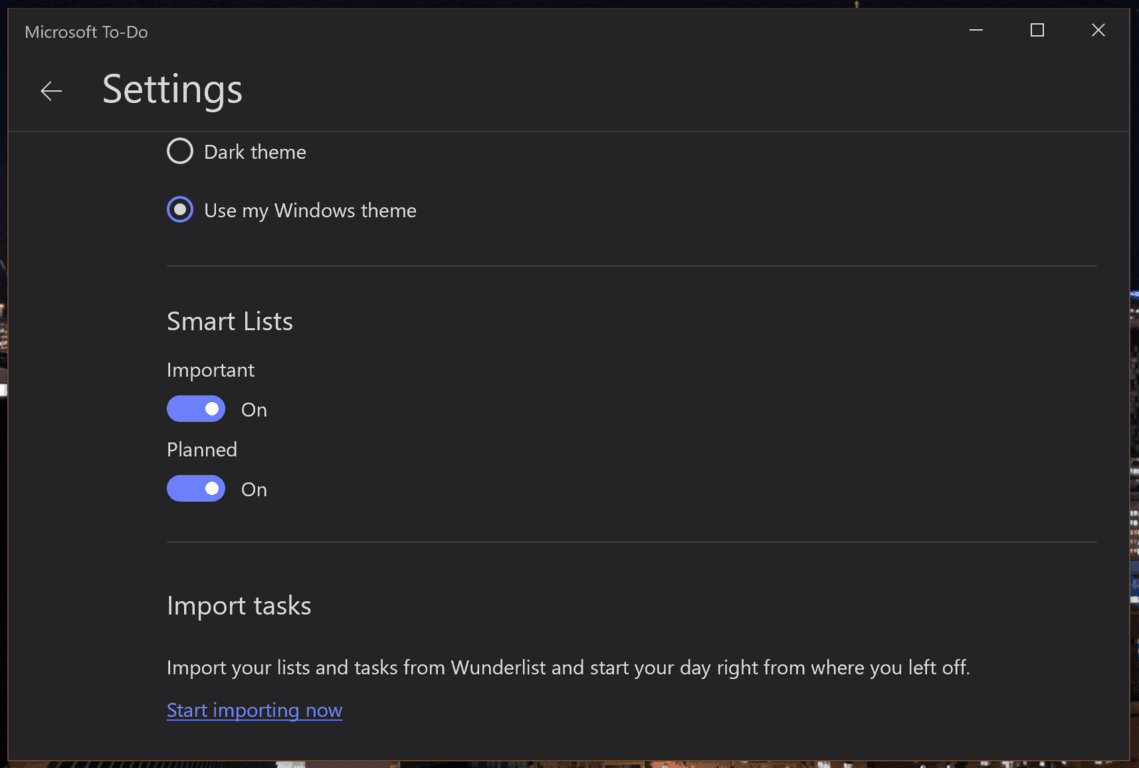 You can expect to see this smart list roll out to all Windows 10 users and other platforms pretty soon. Earlier this week, Microsoft also announced that To-Do was now integrated within Outlook.com as the default task manager, which is a new milestone for the app. To-Do also works with Office 365 accounts, but it has yet to make its way to Outlook on the web.