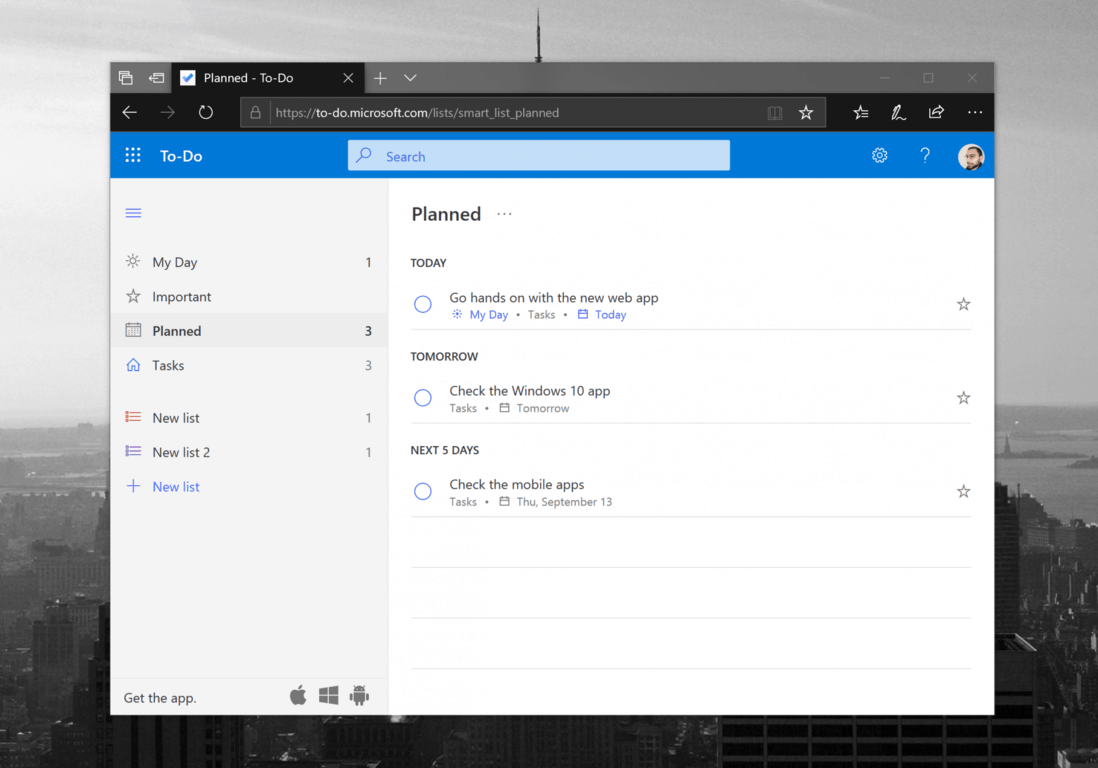 Microsoft has updated its To-Do web app today with a new look that seems to be inspired by the redesigned Outlook.com. The coloured headers are gone, resulting in a stricter, cleaner look. The web app also uses a responsive design, and you can also click the hamburger menu to hide the left panel and get more space for your tasks.

Our web app has a new look! With our new design, it’s easier to visually organize your lists by color. And our new Planned smart list gives you an organized overview from My Day to the next 5 days and even later. pic.twitter.com/zpgpsYfljI

The redesign isn’t the whole story as the To-Do web also received a new Planned smart list. Basically, this lets you see at a glance which tasks are due over the next couple of days. This new smart list joins the recently-added “Important” list that contains all of your starred items. If you're looking for a cleaner interface, there is an option for auto-hiding empty smart lists in settings.

The Planned smart list is currently exclusive to the web, though we can probably expect to see it arrive on other platforms pretty soon. In the meantime, you can check out the redesigned To-Do web app on to-do.microsoft.com.