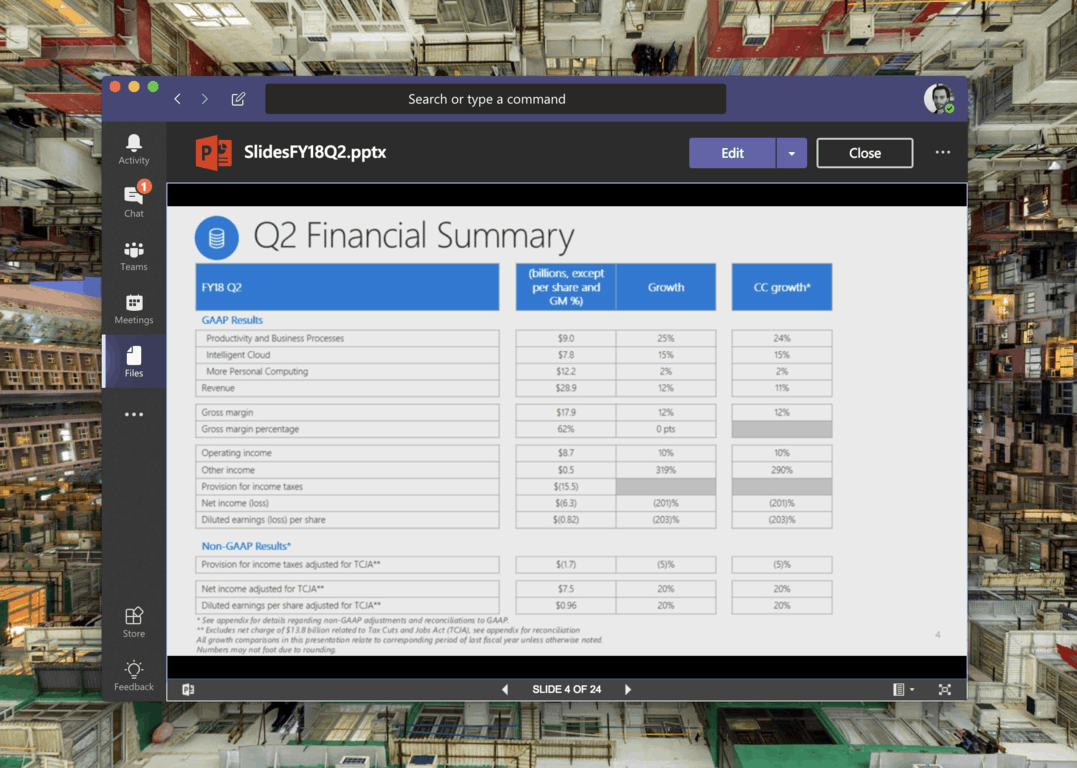 Microsoft Teams has been updated this week to support more than 300 file type previews including Office documents, PDFs, video and audio, zip, 3D files and many more. This is a great addition that should make the Files section of Microsoft Teams much more useful.

On Twitter, Microsoft’s Omar Shahine said that Microsoft ran into some issues with SVG files, so that’s why they’re not supported as of today. As a reminder, the Files section in Microsoft Teams lets you access local files, OneDrive for Business as well as third-party cloud storage services including Box, Dropbox and Google Drive. Thanks to the Office Online integration, you can also edit Office files right within Microsoft Teams, which is pretty handy.

Microsoft deserves credit for iterating fast on the team collaboration app, and the Planner app in Microsoft Teams also received an update this week. Unfortunately, we also learned some bad for Windows Phone users as the service won't work anymore on Microsoft's mobile platform after May 20.