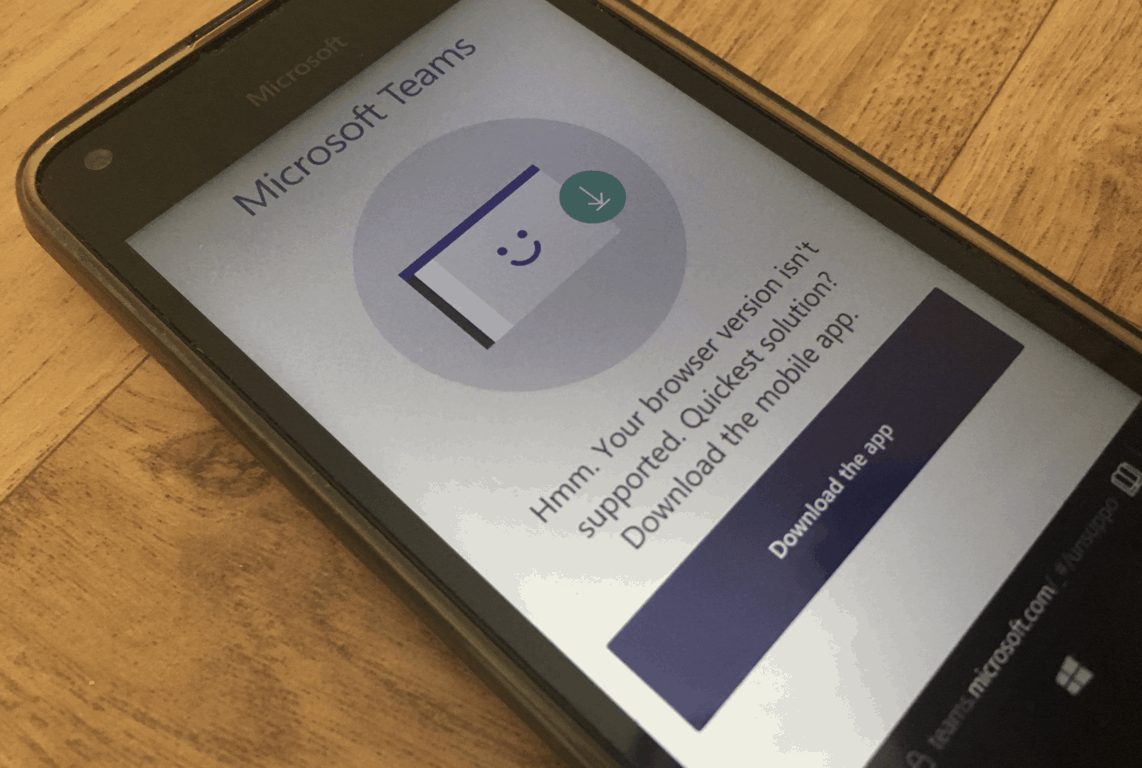 Microsoft quietly announced this week that it would retire its Microsoft Teams, Skype for Business and Yammer Windows Phone apps next month, and the news came as a blow for some Office 365 users. The announcement is actually very bad news for Windows Phone / Microsoft Teams users as the service won’t be available at all on Windows phones after May 20.

To be clear, Microsoft said that the Yammer and Skype for Business Windows Phone apps may continue to work after May 20, though Microsoft Teams won't and will display error messages when Office 365 users try to connect. Microsoft didn't explain why the Teams app is getting a special treatment, as it would have been acceptable to keep it alive though in an unsupported state.

We've reached out to Microsoft to get an explanation, and we'll update this post if we hear anything new. If you really need to have access to Microsoft Teams on the go though, it seems that you won't have another choice than moving to iOS and Android after May 20.

Thanks Ian for the tip!

Microsoft Authenticator gets backup and recovery, coming first to iOS