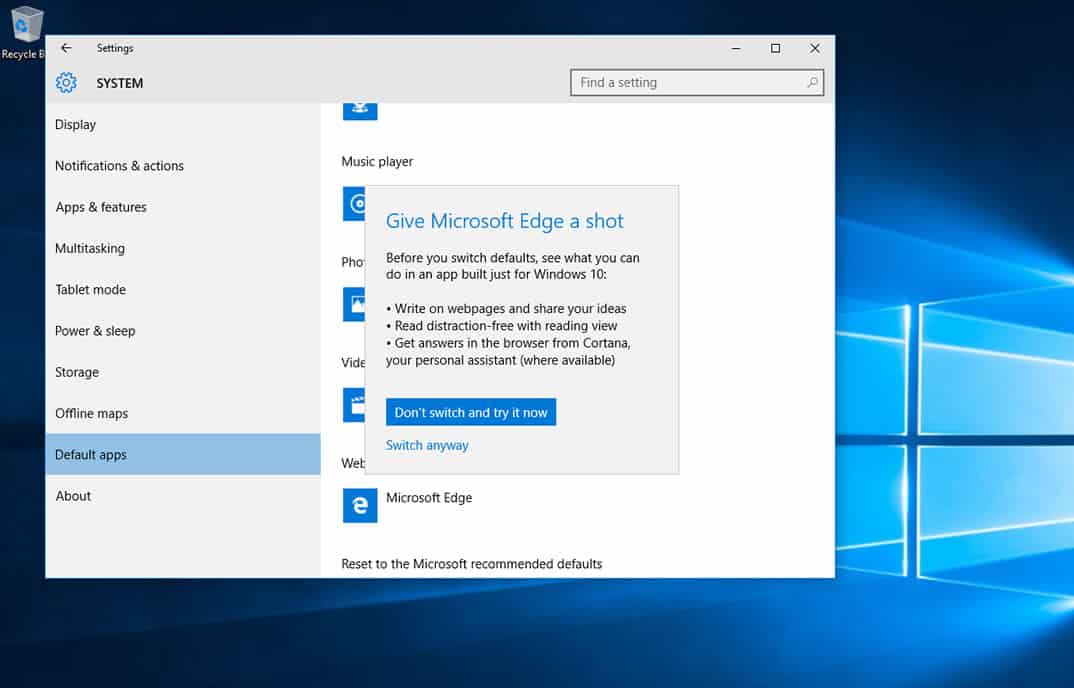 Earlier today, a leaked build of Windows 10 for desktop made it's way to the internet. Build 10568 doesn't really come with any major improvements, but there are some small differences when compared to the latest official build available to Insiders (build 10565).
One interesting change is a small prompt that appears in Windows 10 build 10568 when you attempt to change your default apps. When you try to change your default browser to something other than Edge, Microsoft's own browser, you are prompted with a small box that says "Give Microsoft Edge a shot" while listing a few of Edge's features like Cortana integration and the ability to write on webpages.
The same thing appears when you attempt to change your default photo app, or music app. Microsoft is really pushing their own apps as superior alternatives, and it can be a daunting task to get consumers to break away from what they are used to. Clearly this is Microsoft's attempt at trying to convince consumers to give their own apps a chance before dismissing them.
Do you think these prompts will entice consumers to give Edge, or Groove Music a shot? Or do they simply get in the way? Share your thoughts in the comments below.

Windows 10 desktop build 10568 has leaked onto the internet