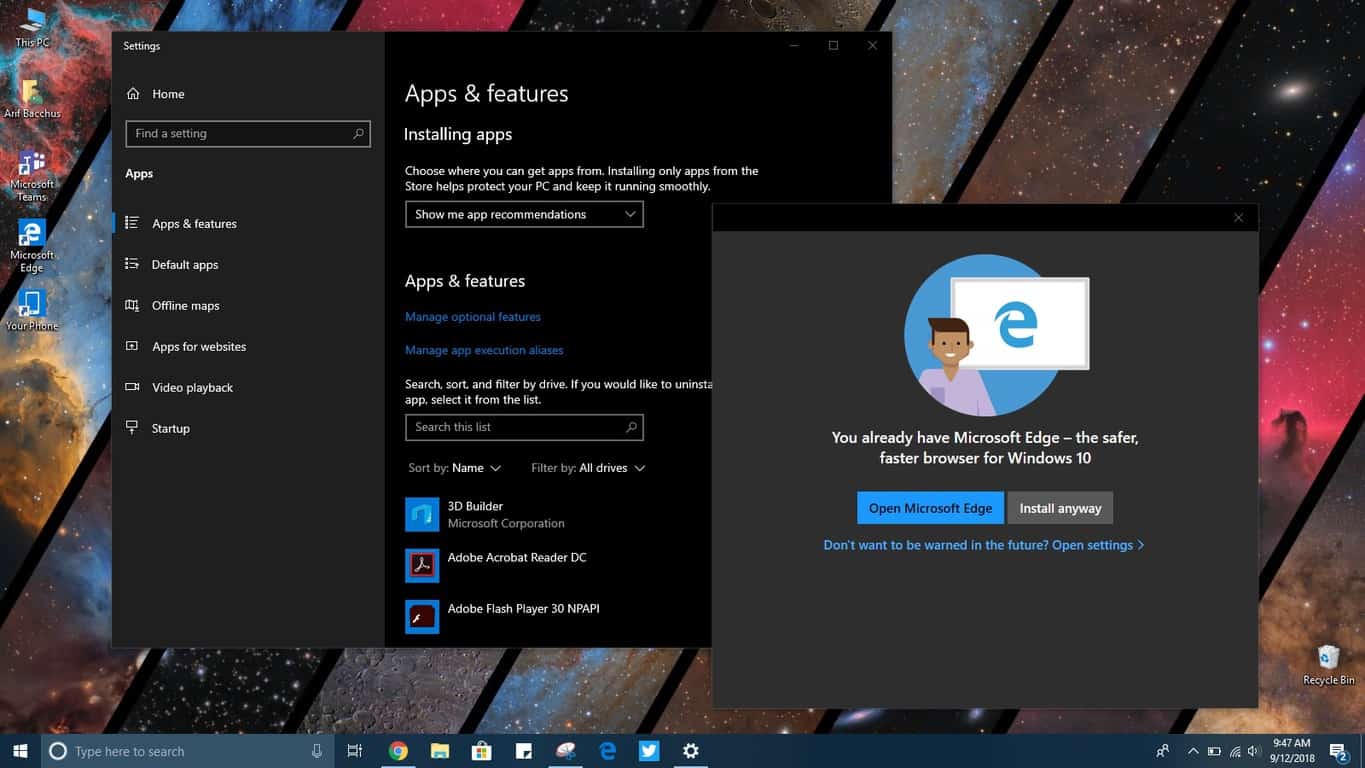 Yesterday, we noted that Windows Insiders on Redstone 5 builds were getting an Edge app recommendation "ad" when trying to install Chrome or Firefox. Windows users across the internet have since shown major outrage over this, and it quickly became yet another controversy for Microsoft. Well, the company has now come forward on the issue, issuing a statement saying that the pop up is just a part of Insider testing (via ZDNet.):

We've tested this functionality with Insiders only - The Windows Insider Program enables Microsoft to test different features, functionality and garner feedback before rolling out broadly. Customers remain in control and can choose the browser of their choice.

In his testing, Ed Bott over at ZDNet found that the "ads" have since been turned off and can't be reproduced with the latest Redstone 5 Windows Insider build, 17758.1. We also checked on PCs running build Redstone 5 build 17755.1 and 19H1 build 18234 and can confirm we're not seeing these "ads." as well.

Many other Windows features have disappeared and re-appeared after testing and a feedback period with Insiders, so it's not surprising to see Microsoft pull that card here. The best example of this is the Sets feature and even A/B testing of certain features in the Microsoft Store.

Microsoft is obviously now trying to distance itself from the controversy, and the annoying pop up would probably have done very little to boost Microsoft Edge, which is still a decent browser. Do you agree that Microsoft went too far to promote its new web browser? Let us know below.