Microsoft provides "one stop shopping" for all Insider programs on this web page - OnMSFT.com Skip to content
We're hedging our bets! You can now follow OnMSFT.com on Mastadon or Tumblr! 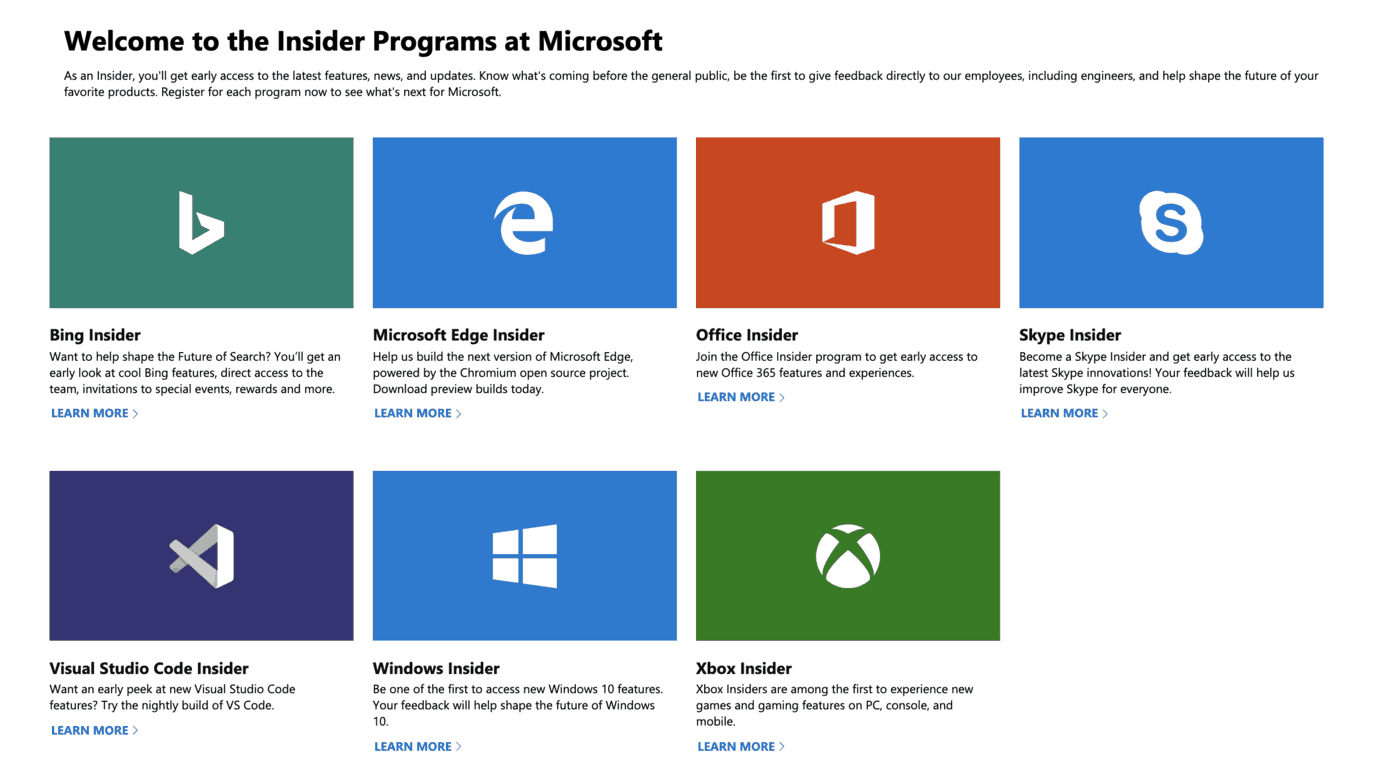 Fortunately, the software giant has now put all information about its various Insider programs on a single web page, which was shared on Twitter today by Microsoft Partner Program Manager Scott Hanselman.

One stop shopping for ALL Microsoft Insiders programs! Free to join https://t.co/Cb3hyyZPUB

This may have passed under your radar, but Microsoft has launched Insider programs for Bing as well as Visual Studio Code in recent years. The last Insider program Microsoft launched is for the new version of Microsoft Edge, which is now based on the open-source Chromium project. Since its official launch in April, the Edge Insider Program has become pretty active with the Canary and Dev channels giving us new builds at a regular pace.

On the Windows Insider side, the program has now crossed more than 16.5 million members this year, but it looks like some changes are incoming. For the first time ever, Microsoft recently made Fast Ring Insiders skip the next Windows 10 update (19H2) to test the first feature update coming in 2020. As for the 19H2 update, the first preview build shipped to Slow Ring Insiders yesterday, and Microsoft explained that this minor update will install just like a regular cumulative update when it's released later this Fall.

The Windows Insider program isn't the only one that went through some changes in recent years, as the Xbox Insider program went from an invite-only structure to a more complex organization with five different Insider rings. It's nice that all information about Microsoft's Insider programs can be found in one single place, but all programs keep their specificities and it certainly take some time to figure out how to use them best.