Here's what you need to know about Microsoft's Chromium based Edge browser - OnMSFT.com Skip to content
We're hedging our bets! You can now follow OnMSFT.com on Mastadon or Tumblr! 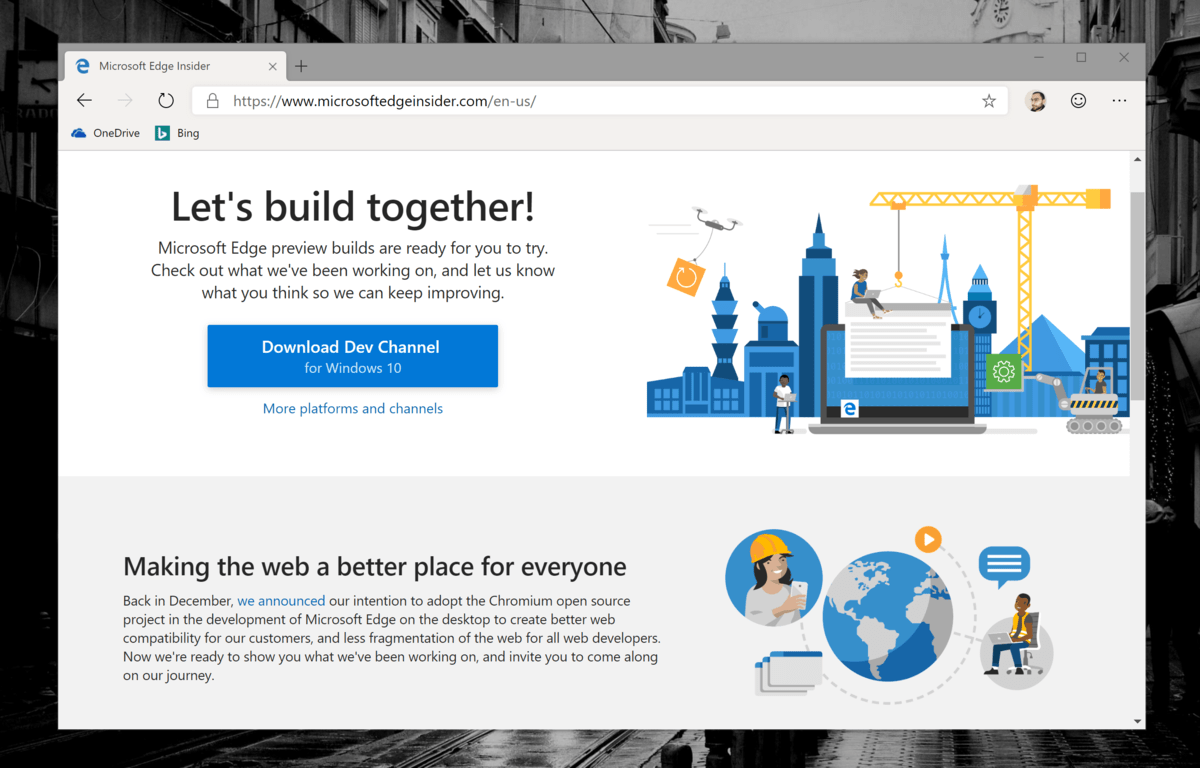 It’s finally happening, Microsoft is now letting Windows 10 users test its new Edge Insider browser based on the Chromium open-source project. As of this writing, Microsoft has opened two Edge Insider channels, Dev and Canary. The first one will be updated weekly, while the Canary channel will get new builds every day.

Microsoft is planning to support other platforms like Windows 7, Windows 8, Windows 8.1, Windows 10 on ARM and macOS in the near future, and Beta and Stable channels that will be updated less frequently are also coming at a later date. “The Beta channel reflects a significantly more stable release and will be a good target for Enterprises and IT Pros to start piloting the next version of Microsoft Edge,” the Edge team explained. 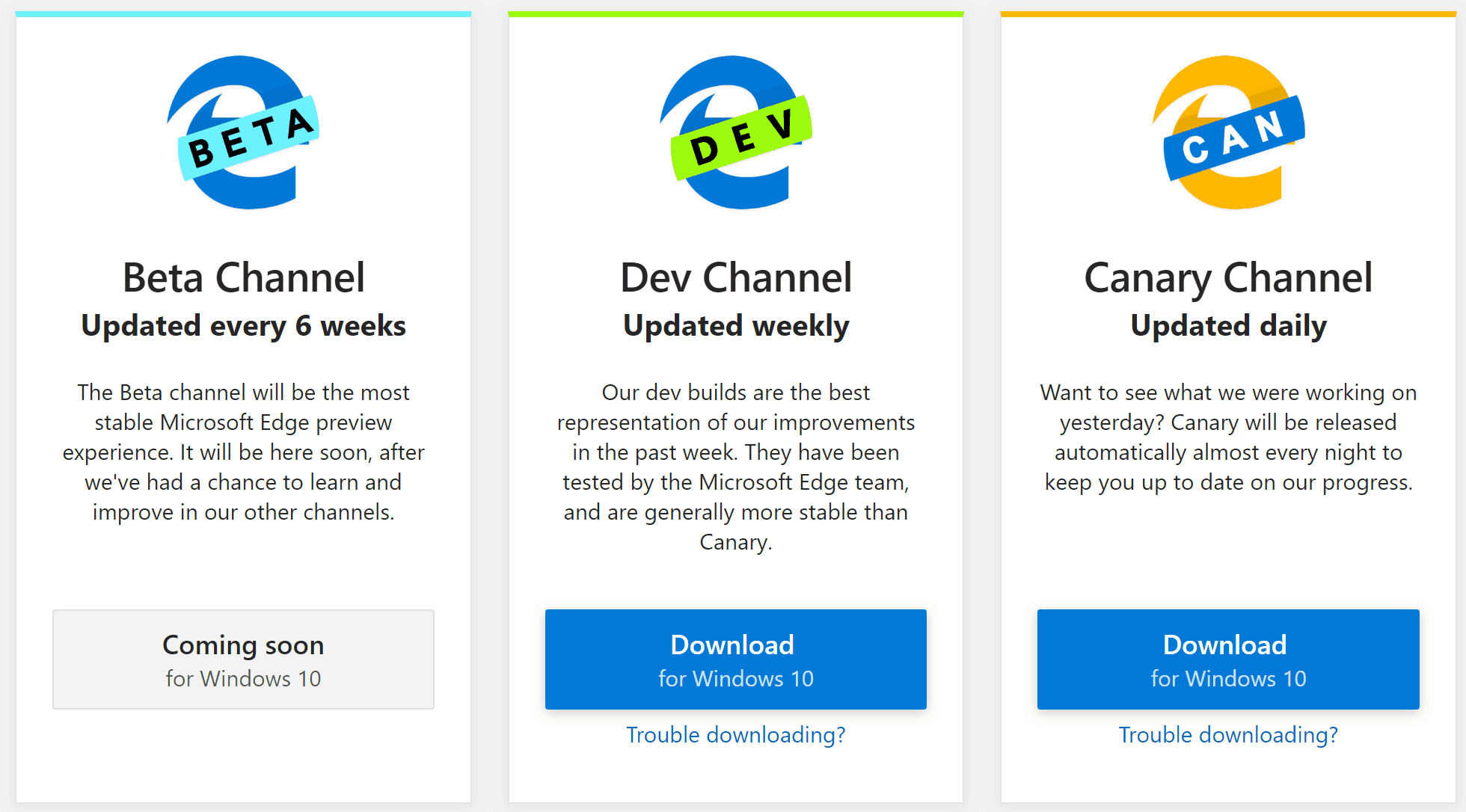 The important thing to note is that you can install Edge Canary alongside Edge Dev on the same machine. The two apps will also not replace the existing version of Microsoft Edge, which won’t be replaced by this new Chromium-based version anytime soon.

Since Microsoft announced that it would adopt and contribute to the Chromium open source project, the Microsoft Edge team now says that it plans to “continue working in Chromium rather than creating a parallel project, to avoid any risk of fragmenting the community.” Microsoft has already made over 275 contributions to the Chromium open source project that should benefit all Chromium-based browsers. Highlights include improvements to scrolling, media playback, and support for Windows Hello.

Compared to other web browsers, Microsoft Edge will continue to integrate Microsoft services such as Bing, Microsoft News and Windows Defender SmartScreen. You can also sign up with a Microsoft account to sync your favorites between PCs, and syncing of your browsing history, passwords and form-fill data will come later. 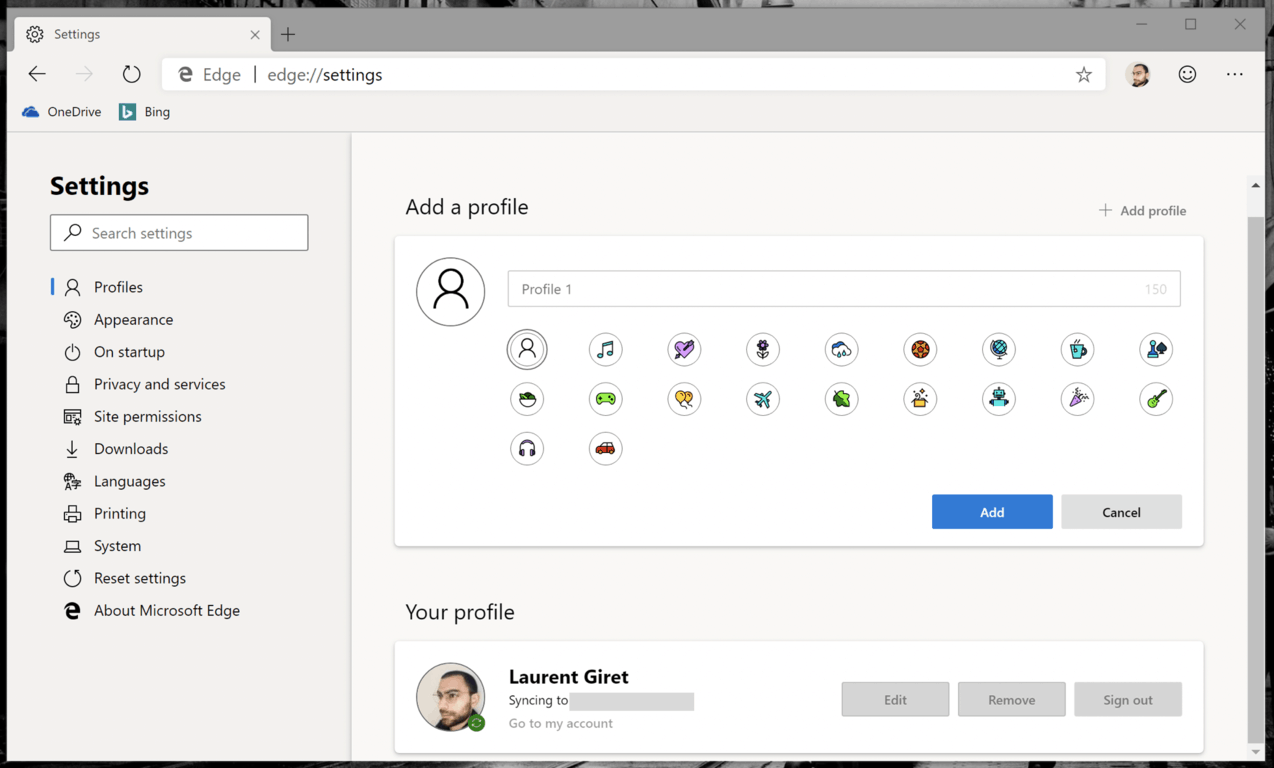 It’s worth noting that you can also sign in to the Edge Insider browser with a work or school account, though data sync is not available yet for these accounts. ”You can even use multiple identities at the same time in different browser sessions,” the Edge team noted, which could make the new web browser a great, universal solution for both your personal and professional needs.

The new Edge Insider also comes with a built-in extension gallery, and you can allow extensions from other stores like the Chrome web store if you want to. If you haven't done it yet, you can download the new Edge Insider browser from this page. You don't need to be a Windows Insider to start testing it, and it's already pretty solid compared to the existing version of Edge. You can learn more about to expected in the Dev and Canary channels on the Windows blog.