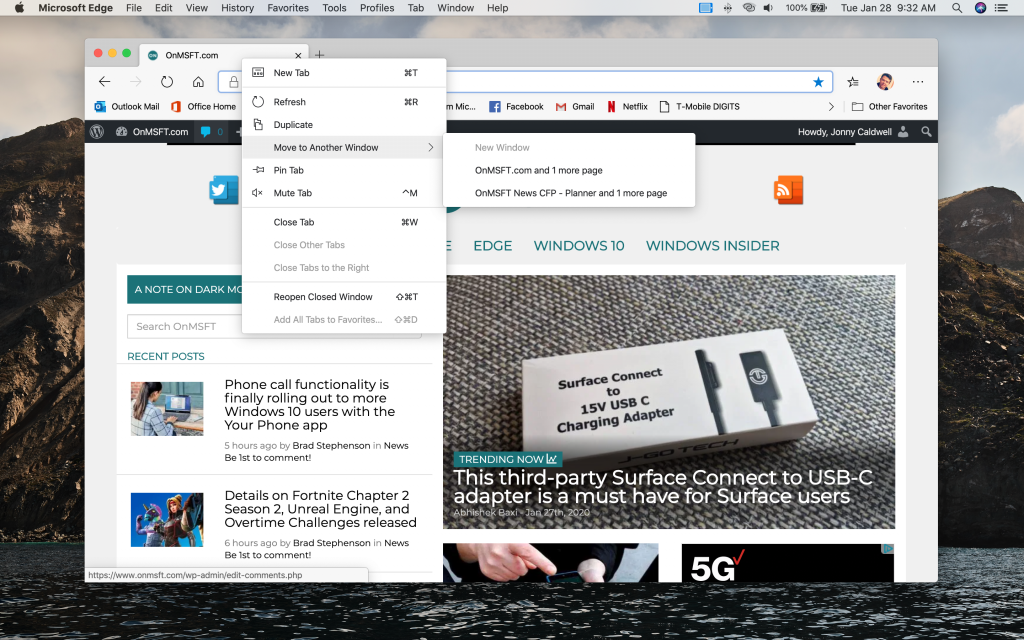 When Microsoft initially made the plans to replace its EdgeHTML rendering engine with Chromium in the built-in browser for Windows 10, it also explained that it will also make contributions to the Chromium project. In other words, any changes made to the engine that now powers the new Edge could make its way to both browsers.

Well, it seems Microsoft isn’t only focused in improving the Chromium engine, as one of the developers has committed to bringing one of Edge’s most useful features over to Chrome and its open-source variant, Chromium. As anyone who juggles multiple browser windows at any given time may already know, both browsers allow a tab to be moved from to new windows or merged with others by it dragging out of the present window.

But Edge makes it easier by not just allowing the user to right-click any tab or multiple tabs and choosing a new window, but also allowing them to be moved into an existing one, as well. In an exchange between a Microsoft and a Google engineer on the Chromium bugs tracker, Google’s Leonard Gray asks Microsoft’s Justin Gallagher:

If you’re still interested in upstreaming this from Edge, we’d be happy to take it :)

To which Gallagher responded:

Sounds great! I’ll take ownership of this issue then.

Only weeks after the exchange, a commit was created by Gallagher and passed to the Chromium Gerrit. It’s especially interesting, given the bittersweet relationship between the two companies in the past, that developers from both sides are now working together to bring new features to both competing web browsers.

Microsoft’s “move tab to window” feature was one of the exclusive features of the classic Edge, and has since made its way to the new Chromium-powered version. Thanks to Microsoft, those who don’t see themselves ever leaving Google’s popular browser will also get the feature soon, as well.

Do you think Microsoft’s Edge has the potential to some day overtake Google Chrome? Share your thoughts below.